BEREAVED relatives say they have been “re-traumatised” by a two year delay in an internal Health Trust investigation into the circumstances surrounding the death of an 81-year-old woman.

The Detail has spoken to the family of Joan Johnson who died within two weeks of falling from a hoist in her Newtownabbey home while in receipt of home care commissioned by the Northern Trust.

Private care staff were present when Mrs Johnson fell twice within 48 hours, though investigations to date have been unable to determine what caused the accidents. She was hospitalised after the second fall and subsequently had two heart attacks. She died in hospital 10 days after the last fall in 2015.

The Northern Trust commissioned a Serious Adverse Incident (SAI) investigation, which is carried out when a patient is injured or dies.

Department of Health guidelines state that SAI reports should be completed within 12 weeks, but in this case the task took two years to conclude.

But with the family continuing to raise questions, the Northern Trust has now referred the matter to the Northern Ireland Public Service Ombudsman for further investigation.

In a letter to Mrs Johnson’s family, the Northern Trust Chief Executive Dr Tony Stevens apologised for the delays and acknowledged that there were “deficiencies in the investigative process”.

Speaking to The Detail Mrs Johnson’s daughter, also Joan, said her family had lost faith in the SAI process.

“I hoped we would have had closure at this stage but the complete opposite has happened. We still have many unanswered questions.

“We’ve had to re-live it, every time I think of mum all I can think of is this SAI process. I suppose you could say it has re-traumatised us as a family.”

The Northern Trust said that as the ombudsman is to investigate Mrs Johnson’s case it could not make any specific comment.

However a spokesperson said: “The trust recognises the timescale of this particular SAI investigation and the Ombudsman may also consider this aspect of the process.”

The Public Service Ombudsman role is often seen as the office of last resort, as it can only investigate matters once all other avenues have been exhausted.

In an interview with The Detail last year Ombudsman Marie Anderson raised serious concerns about the number of healthcare complaints lodged with her office. 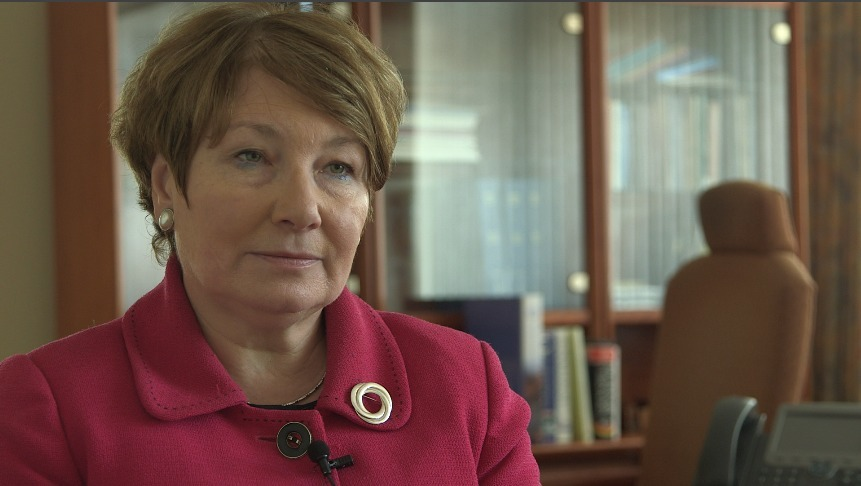 In a separate development, The Detail has also obtained a copy of an internal Department of Health report that has raised concerns about SAI investigations into patient falls.

The healthcare review issued in March last year and secured through a Freedom of Information request found “inconsistencies” in the reporting of SAIs relating to patient falls across Northern Ireland’s health trusts.

Four patients died immediately or within 24 hours of their fall, a further four died within one month of a fall and four others died within three months.

The review, which covered a six month period prior to Mrs Johnson’s case, also found that in some health trusts falls were not being reported as SAIs and that it was “possible a culture of under reporting may exist.”

As a result of this review an additional new process has been developed whereby health trusts are now required to carry out “timely post fall reviews”.

A private company known as Homecare Independent Living (HCIL) had been commissioned by the Northern Trust to provide care to 81-year-old Joan Johnson in her own home.

In February 2015 Mrs Johnson fell out of a hoist in her home twice within 48 hours. HCIL staff were in attendance when both falls occurred.

After the second fall she was admitted to the Royal Victoria Hospital where she died. She was identified as having a dislocated shoulder and having suffered two heart attacks.

Soon after her mother’s funeral Mrs Johnson’s daughter Joan received a letter from the Northern Trust.

“It said mum’s case had now been declared as a Serious Adverse Incident,” she said.

“I had no idea what that was, but there was a leaflet which came with the letter that explained there was going to be an investigation and that we would be part of it by contributing our thoughts on what happened.

“About three weeks later we were presented with a finished report that we hadn’t contributed to. The inaccuracies were astounding; the timeline didn’t even match up to what had happened. “

In October 2015 representatives from the Northern Trust agreed to meet with Joan to discuss the fact that the SAI had been completed without what the trust termed as “appropriate family involvement”.

The official minutes of the meeting show that the trust apologised to Mrs Johnson’s family. The trust also acknowledged that the family should have been involved in the investigation and drafting of the SAI report.

The trust agreed to escalate the SAI to a level two investigation and guaranteed greater family involvement.

Over the next year Mrs Johnson’s family would reject several draft reports sent to them by the Northern Trust because of what they viewed as further inaccuracies.

In September 2016 the Northern Trust provided the family with what it said would be the final version of the SAI investigation.

This version of the SAI report concluded that “regrettably it is not possible to be definitive as to what caused Mrs J to ‘fall’ to the floor on either 22nd or 24th February 2015”.

However the investigation found that neither of these incidents had been included in monthly monitoring returns submitted by HCIL to the trust for February 2015.

There were four members of staff identified as being on duty across both incidents relating to Mrs Johnson’s fall.

The SAI report referenced accounts from two care workers who were present when she fell.

They said that on both occasions on seeing her starting to slip through the safety vest they “were able to support Mrs Johnson and allow her to slide to a carpeted floor without any apparent impact being caused to her arm/shoulder.”

The remaining two members of staff involved in Mrs Johnson’s care had left the organisation when the investigation team carried out interviews with the domiciliary care agency.

Mrs Johnson’s family said they remain unhappy with many aspects of the SAI report. Specifically, the family raised concerns around what they believe was a delay in interviewing all of HCIL staff involved in their mother’s care.

In a statement to The Detail the Northern Trust confirmed that when a third party provider is involved in delivering home care, the trust will lead the investigation, but it does not have the same powers or jurisdiction as it would have with directly employed staff.

We contacted Homecare Independent Living and asked them to comment on the issues highlighted in the SAI as well as the delays in the process.

In a statement to The Detail a spokesperson for the organisation said: “HCIL have co-operated fully with the official investigations into the matter and does not intend engaging with individual media organisations on a matter which is both private and sensitive to all concerned.”

“DEFICIENCIES IN THE INVESTIGATIVE PROCESS” 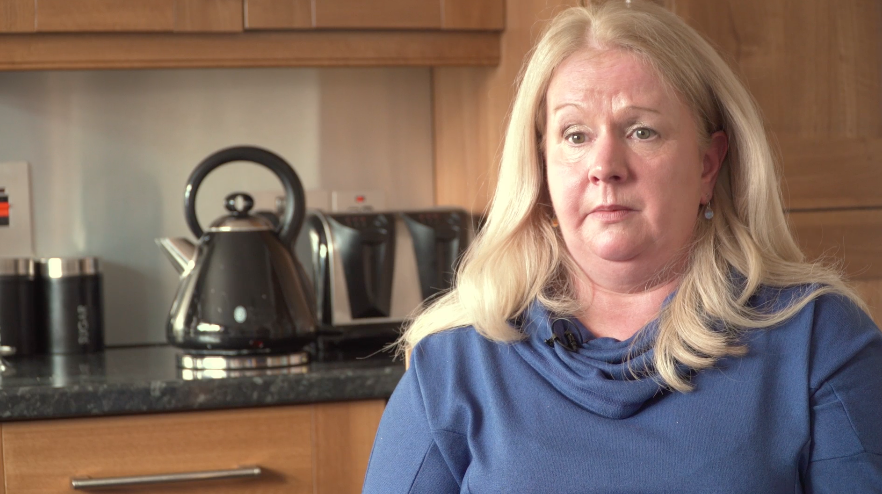 In February this year following a meeting with members of Mrs Johnson’s family the Northern Trust Chief Executive wrote to her daughter Joan.

Dr Tony Stevens apologised for the length of time it had taken for the Serious Adverse Incident review to be undertaken and for “the deficiencies in the investigative process”.

His letter suggested that they “park” the SAI investigation and meet again to try and resolve any outstanding issues.

However Mrs Johnson’s daughter Joan said her family decided not to go for a further meeting.

She said: “We had already invested so much time and energy into this investigation which lasted two years and have repeatedly made the trust aware of our concerns. After all that we still didn’t have an answer as to how mum fell. At that point we had to seriously question the point of continuing down this road.”

In a further letter from Dr Stevens to the family on March 15 2017, the trust provided some additional details about aspects of Mrs Johnson’s care that were raised by the family.

Dr Stevens acknowledged that the trust “had not been able to clearly determine all the facts in the case.”

In the letter Dr Stevens said: “It is our view that any satisfactory conclusion to the Trust process could only be achieved in partnership with your family.”

The correspondence confirmed that the SAI had been closed and that any outstanding issues could be dealt with in the forthcoming investigation by the Northern Ireland Public Service Ombudsman.

In a statement to The Detail the Health and Social Care Board (HSCB) said a number of factors had to be taken into consideration when completing SAI reports.

A spokesperson said: “HSCB works closely with health and social care organisations to ensure SAI reviews are completed within the required timescales, however the priority is the quality and completeness of the review report.

“Whilst timescales of completing reviews are of key importance, there are factors which can legitimately delay the completion of reviews such as availability of review team members or relevant stakeholders or effective service user/carer/family engagement.”

However Joan said her family has been left disillusioned by the entire SAI investigation process.

She said: “It really has been a battle from the very start. How can there be learning from an incident when there is such confusion around what happened to our mother?

“In my opinion the SAI process is not fit for purpose. I genuinely feel sorry for any family who will have to face the same process we did. The system needs to change.”

Receive The Detail story alerts by email
New guidance for GPs on diagnosing and treating dementia
Armagh doctor in London: "There aren’t enough ventilators to go around"