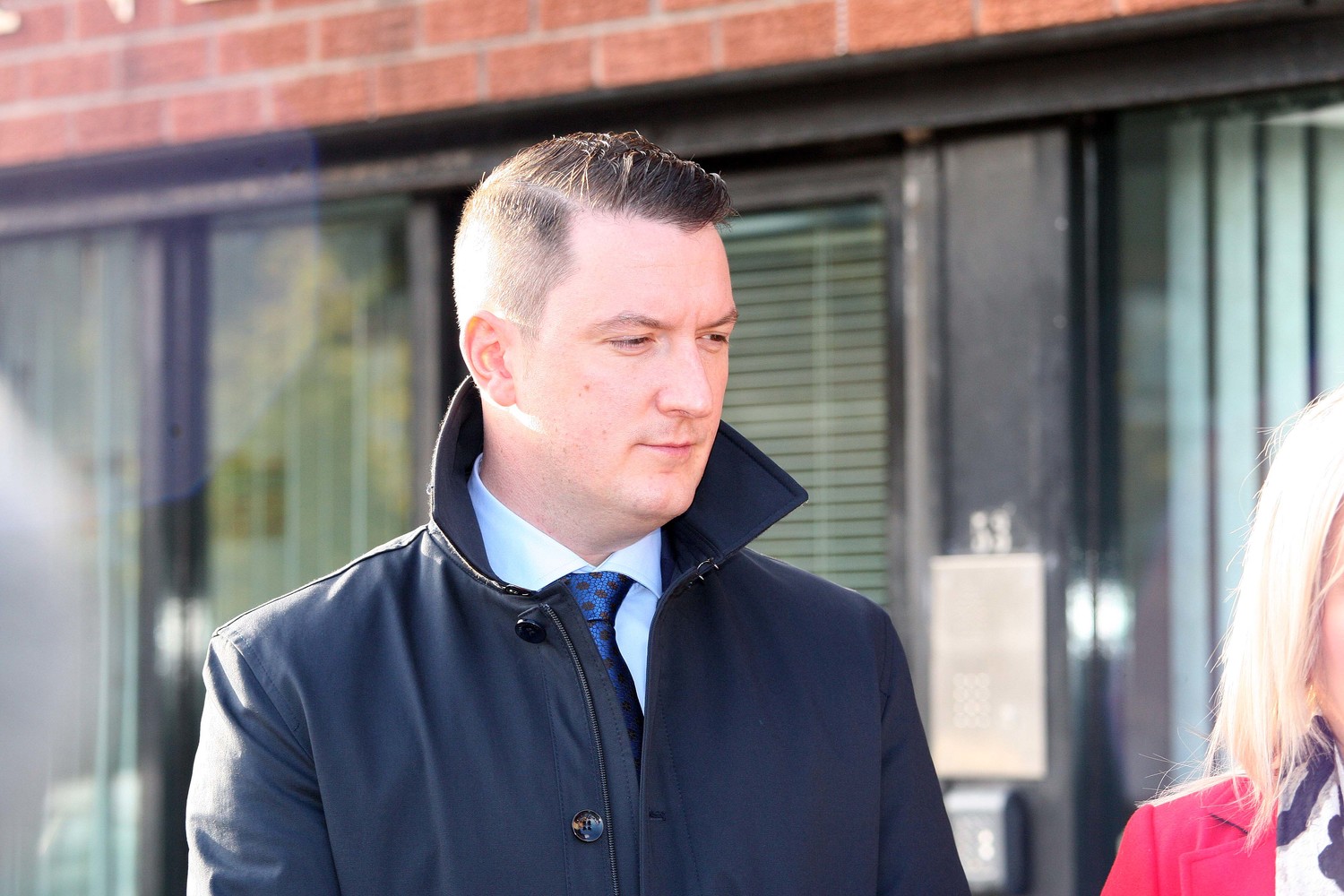 North Belfast MP John Finucane has called on Health Minister Robin Swann to deal with what he called “unacceptable failings” by the health service in the treatment of one of his constituents.

The man, who is in his thirties, is a vulnerable adult with an acquired brain injury and mental health issues.

Sinn Féin's North Belfast MP added that “the importance of dealing with this in a credible and transparent fashion can’t be overstated” and that he would “urge Minister Swann to ensure this happens without delay”.

Mr Finucane continued: “This is not only of vital importance for this young man and his family, but will ensure that those who are mental health service users, in the future, receive the highest and most professional standard of care.”

Paul Herbert – the man’s uncle – is also his sole and full-time carer, and is his only remaining close relative. Mr Herbert called on Robin Swann to grant the family a meeting “to discuss the welfare and future" of his nephew.

The Detail previously reported that he was treated by the Northern Health and Social Care Trust (NHSCT) community mental health team without the trust possessing his full and complete medical file.

His missing records related to a period when the man was an inpatient at Knockbracken mental health facility and in the period which followed.

Following his discharge from Knockbracken, he immediately ran in front of a bus which almost resulted in his death.

While the NHSCT maintains it now possesses the man’s Knockbracken records, and records from Ards where he was an inpatient for around a one-year period following his time in Knockbracken, the trust failed to confirm to The Detail that it has the man’s full and complete medical file.

Mr Herbert told us he also has concerns over the whereabouts of psychiatric records of his nephew’s which relate to his time as an outpatient, prior to his admission into Knockbracken in late 2007.

The Detail can also reveal that internal NHSCT emails from 2016 show Oscar Donnelly, the former head of mental health in the trust, stepped in to prevent the vulnerable man from having supported living accommodation, provided by a private care company called Positive Futures, after it had previously been approved by a senior figure in the trust.

However, Mr Donnelly sent correspondence to the former MP for North Belfast, the DUP’s Nigel Dodds, stating that funding for the Positive Futures’ placement hadn’t been approved even though the internal emails show, at one stage, it had been.

He also wrote this correspondence on behalf of the NHSCT complaints department, despite the prevention of the Positive Futures' placement, a decision he took, being what the family's concerns related to.

Mr Herbert stated that the reversal caused the family great strife as it prevented his loved one from being set up living in a flat of his own “where he would be under the watch of suitably qualified professionals”, though the NHSCT has maintained that Mr Donnelly acted correctly here.

The trust also claimed that, for this placement to be re-approved, more assessments of the man need to be done, but Mr Herbert said the family lost faith in the trust after its previous assessment of their loved one “which included a catalogue of potentially dangerous inaccuracies”.

This assessment, carried out by the NHSCT community mental health team, stated that the man didn’t have epilepsy, that his sister took her own life, that he had never experienced suicidal ideation and that his collision with the bus occurred in 2011. All of this is incorrect.

Mr Herbert referenced the trust completing this assessment when it didn’t have his nephew’s full and complete medical file.

Despite this, and the inaccuracies in this assessment, the NHSCT maintained: “It was, and remains, the consultant’s professional opinion that he had the most relevant and recent documentation to allow him to treat the man.” 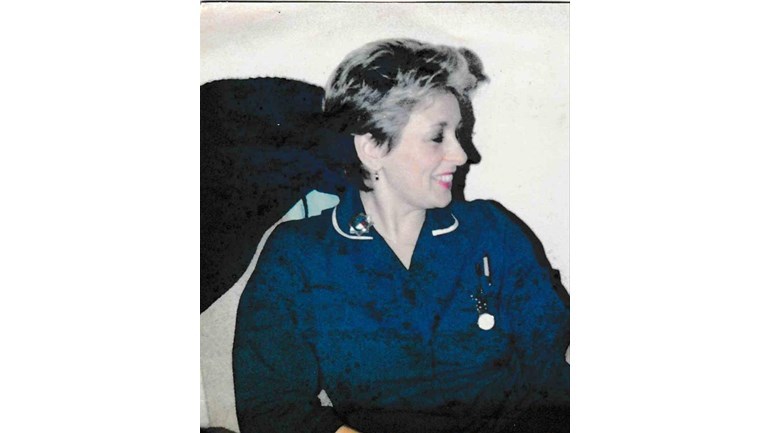 The vulnerable man's mother and Paul Herbert's sister, Roberta Waterworth, who passed away in August 2020. Photo taken of her in her nurse's uniform.

In his treatment of the vulnerable man, a consultant psychiatrist in the NHSCT, breached a mental health treatment protocol called the Regional Mental Health Care Pathway (RMHCP) which he, himself, was a co-producer of.

This was due to his insistence on treating the vulnerable man on his own without a family member or other advocate present.

The trust declined to tell The Detail whether the doctor faced any disciplinary action for his conduct, which the former head of mental health in the trust, Oscar Donnelly, formally apologised to the family for.

The NHSCT did, however, maintain that its “best practice” for mental healthcare professionals to occasionally see patients such as the vulnerable man without family members present, despite what the RMHCP states.

While Mr Herbert said an objective view is "always desirable", he added that it was "not safe" for his nephew to be treated by the trust on his own without the family's presence.

Numerous attempts were also made to collect the vulnerable man from the family’s home – to take him away to Holywell Hospital for around five hours to assess him without a family member or other advocate present – another breach of the RMHCP.

The Detail was told, by the NHSCT, that when patients can’t make their own way to assessments “clinical staff will seek to help including, as happened in this case, home visits and providing transport”.

However, Mr Herbert called this explanation “preposterous and false” as getting his nephew to appointments “has never been a problem”.

He added that the trust has demonstrated a “consistent anxiety” to treat and assess his nephew without any family member or other advocate present, which he called “troubling”.

Furthermore, the man’s acquired brain injury, which he sustained as a result of his collision with the bus outside Knockbracken, has been repeatedly referred to as a head injury by the NHSCT, including by Oscar Donnelly.

The NHSCT did not provide a clear yes or no answer when asked by The Detail if it accepted that he had suffered an acquired brain injury, but it was confirmed to us that the vulnerable man had attended the trust’s brain injury team for a period.

However, his GP has assessed that he does not have capacity. The GP has also referred to him as a “vulnerable young man with a history of epilepsy since the brain injury” which occurred after his collision with the bus outside Knockbracken.

The GP has also assessed that the man has at times suffered with psychosis, had “anger outbursts” and had “impulsively walked out and gone missing along roads, causing significant concern over his safety”.

Furthermore, in 2018 he was awarded the enhanced rates of both the mobility and daily living components of Personal Independence Payment (PIP) on an “ongoing basis” which is what the charity Disability Rights UK, call a ‘light touch’ review only coming after an expected ten-year-period, reflecting that a person’s condition is unlikely to improve.

Despite being questioned, the NHSCT made no reference to the man’s mental capacity in the statement provided to The Detail.

However, we were told that capacity is assumed “unless there is evidence to the contrary” and that it can “fluctuate with time and is decision specific”.

If a person has capacity, the time-limit on taking a medical negligence claim is three years, but this time-limit is impacted if a person is deemed to not have capacity.

The BHSCT declined to comment on issues raised in this article.

Mr Herbert concluded by saying his late sister, Roberta Waterworth, died in August 2020 anxious “regarding the welfare and future” of her son.

He then referenced his sister's career as a nurse of over 30 years and that she "often went into harm’s way”, including tending to those hurt at the scene of the “brutal murders at Sean Graham’s bookmakers”.

Mr Herbert added: “Our father was a WW2 and Korean War veteran, who served with young men from across this island, from all communities, and we shared a mother of equal fortitude.

“Every citizen is entitled to appropriate care, however, perhaps my family, like many others, have earned it.”

To visit a Just Giving page in Roberta Waterworth’s memory, which is raising funds for the work of Marie Curie, click here.