Concerns over ‘disproportionately high’ levels of immigration checks in Belfast 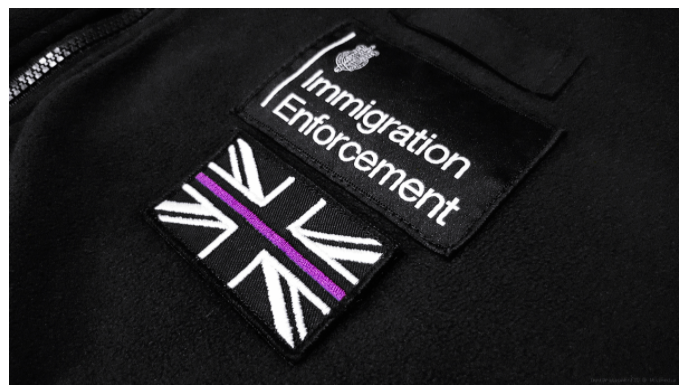 “Disproportionately high levels of immigration checks” in Belfast have led to heightened concerns that the UK’s exit from the EU could see Northern Ireland become “one big border”.

New data reveals for the first time the extent of checks and arrests by Immigration Enforcement officers in Northern Ireland.

The data, obtained through a Freedom of Information request from Britain's Home Office, shows there is a higher rate of checks taking place in Belfast than other UK cities – almost four times higher than in London.

The official data shows Belfast had the third highest number of checks when compared to other UK cities between 2012-2016, compared to Home Office data previously released to the Bristol Cable and Bureau of Investigative Journalism.

The Home Office said all immigration operations are ‘intelligence-led’. However, figures for Northern Ireland show only one third of those stopped between January 2012 and November 2019 were arrested.

The data further shows Romanian and Chinese nationals were the most targeted for immigration checks in Northern Ireland. British citizens were third most checked.

Commenting on the figures, Úna Boyd, Immigration Officer at the Belfast-based Committee for the Administration of Justice (CAJ), said: “These statistics show that people in Northern Ireland are being subjected to disproportionately high levels of immigration checks and the low arrest rate indicates that these checks are not intelligence led.”

Immigration Enforcement operations in Northern Ireland include checks at ports and airports on domestic (NI-GB) journeys but exclude checks at the Irish land border. There are also illegal working and residential checks. This, the Home Office said, is to combat “immigration abuse of the Common Travel Area and Ireland-UK border”.

Ms Boyd said the Home Office response was in itself alarming. “The government has given assurances that there will be no checks whatsoever within the Common Travel Area (CTA), but this statement by the Home Office directly contradicts this and raises serious questions as to what legal powers are being used to conduct these checks,” she said.

Larne is Northern Ireland’s second port with daily ferries to Scotland, yet official data revealed no checks since 2016. The Home Office did not explain why when questioned.

Ms Boyd cautioned: “The blatant targeting of Belfast ports and ferries facilitating travel between Great Britain and Northern Ireland also appears to create a discriminatory border in the Irish Sea, with clear implications for all people living in Northern Ireland.”

The high immigration check rate in Belfast is more surprising given the low proportion of non-British/Irish nationals living in Northern Ireland.

Secretary of the Northern Ireland Council for Racial Equality (NICRE), Patrick Yu, said: “Northern Ireland has one of the lowest populations of non-British nationalities in the UK so to see such a high rate of immigration checks does come as a shock.”

Of the checks related to employment and business, Mr Yu said, “The figures reflect a clamp down on illegal working and human trafficking by the Home Office but the low arrest rate up to 2017 is concerning.”

Mr Yu said human trafficking is an issue and that asylum application figures bear this out. “Chinese nationals are among the top five nationalities to seek asylum in Northern Ireland and this, very often, relates to human trafficking.”

Racial profiling is also evident, Mr Yu said, commenting on the number of British citizens, who had their immigration status checked: “You have to ask why so many British citizens were stopped and checked in Northern Ireland and whether it related to their skin colour or how they looked.”

Romanian (1,313) and Chinese (1,299) nationals collectively accounted for one in five of all nationalities checked during this time period. Arrest rates, however, varied greatly. Just 17% of Romanian nationals stopped were arrested, compared to 41% of Chinese nationals stopped.

Checks by Gardai on people travelling by bus across the border have also fuelled racial profiling accusations, including by the Irish Council for Civil Liberties.

Tougher laws introduced since 2012 have seen the UK government adopt a ‘hostile environment’ approach to immigration, although not all of these measures have been rolled out to Northern Ireland yet.

The Home Office figures also reveal a spike in immigration checks in Northern Ireland in 2015 and 2016. This spike coincided with a UK government pledge to clampdown on immigration as part of its Brexit campaign. In the following two years (2017, 2018) the number of immigration checks in Northern Ireland saw a dramatic fall, while arrest rates improved. The sharp fall in checks follows concerns by the Independent Chief Inspector of Borders and Immigration in 2016 about an over reliance on tip-offs and allegations from members of the public. There was a rise in stops, but not arrests, last year.

The Home Office did not explain or comment on the significant fluctuation in immigration checks over this period but confirmed that immigration enforcement policies had not changed.

"Immigration policies currently being implemented by the UK government are very concerning. Key human rights protections are slowly but surely being eroded,” said Belfast-based immigration solicitor, Maria McCloskey. “It remains to be seen just how significant Brexit will be in this regard but the 'hostile environment' created and enhanced by successive Tory governments in recent years does not bode well for the future."

New immigration proposals announced in February will greatly increase the scope of immigration enforcement teams by bringing both EU and non-EU people under strict new rules. Migrant rights advocates, business leaders, and Northern Irish MPs from across the political spectrum have criticised the proposed measures.

CAJ fear Brexit will see an escalation of immigration checks. Ms Boyd warned: “Post-Brexit Northern Ireland will be the only part of the UK with a land border with the EU and we are concerned that, instead of stopping these checks, the UK government is increasing them, bringing EU nationals under these policies, and attempting to turn Northern Ireland into one big border."

Irish citizens will continue to be able to live and work in the UK as they do now.

There are concerns though that the new system could lead to problems at the border. Many EU citizens living in the north work south of the border, and vice versa. UK immigration will be required to check whether EU citizens travelling to Northern Ireland are seeking to work there, potentially creating issues for the free movement of people under the CTA.

EU migrants living in Ireland and working in the north cannot apply for the British Government’s settlement scheme. A proposed scheme to deal with ‘frontier workers’ has still not been introduced, and groups worry that it will not be ready by the time the transition period ends in December 2020.

As of March 31, 2020, over 57,000 applications for the EU settlement scheme were received from people living in Northern Ireland.

Groups working with EU migrants in the north say there is still a lot of uncertainty about the future. “People are panicking,” said Polina Malcheva, who has been working to register EU migrants in Portadown, mainly Bulgarian Roma who are often working on zero-hours contracts.

Despite her assurances and their successful applications to the settlement status scheme, the main question she gets from people is 'When are they going to kick us out?'

Speaking at a recent event on ‘Ireland, Borders, and Covid-19’, Irish border expert Dr Katy Hayward noted that those who are professionally engaged in border management are treating the Coronavirus pandemic as an event as significant as the September 11 attacks. "9/11 changed the way that borders are perceived as and managed," Dr Hayward said. "This is a very similar case." Amongst the border management community, "There is very much a sense of 'never waste a good crisis.'"