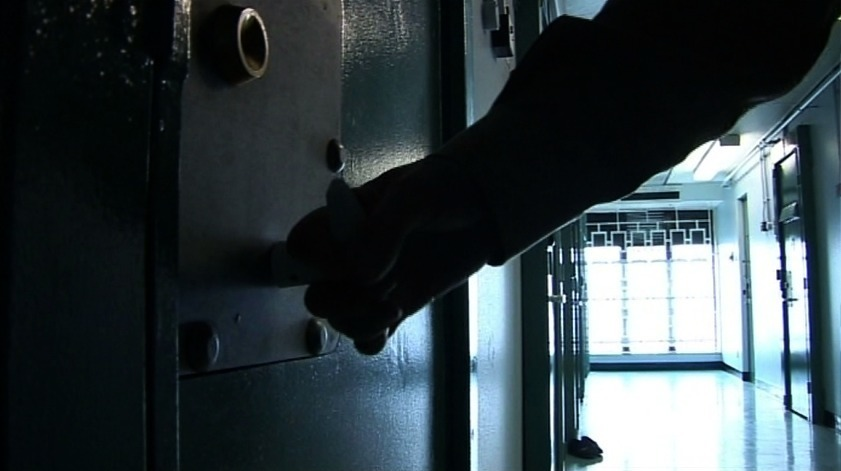 CONFUSION remains over whether a strategy to tackle drugs in Northern Ireland’s prisons is being rolled out, as new figures show the abuse of prescription medication by inmates is posing a greater challenge than illicit Class A drugs.

The Detail can reveal that prison and health authorities are at odds over whether or not a strategy to tackle drugs in prison – recommended by criminal justice inspectors three years ago – is currently being rolled out.

Both authorities, however, have conflicting views on when the strategy was agreed, if it is being implemented, or if it will be published.

This comes as four young offenders at Hydebank Wood College were taken to hospital in the past fortnight in the latest drug-related incident reported in Northern Ireland’s prisons. A further six inmates also required medical treatment as a result of the incident.

Commenting on the substance misuse strategy a spokesperson for the prison service said: “The strategy was signed off in August and work continues on an implementation plan. It hasn’t been published yet, but may in due course.”

A spokesperson for the South Eastern Trust added: “SE Trust and NI Prison Service agreed a joint strategy in January 2017 and commenced implementation. The strategy is focused on operational practice and will not therefore be launched as a public document.”

Both authorities, however, have come under fire from the Criminal Justice Inspectorate (CJI) for Northern Ireland, which called for a joint strategy to tackle the drug issue in the ‘Safety of Prisoners’ report three years ago.

Chief CJI Inspector Brendan McGuigan told The Detail: "I have expressed my concern and frustration at the slow pace of progress in this key area, particularly given the priority I placed on progressing the recommendation. It is an issue which I have raised directly with the Prison Service”.

Mr McGuigan welcomed “any meaningful progress” but also called for “clear communication” between both authorities: "While CJI has not reviewed the strategy at this time, I firmly believe clear communication between both partners around this document and its implementation is vital to its operational success.”

The lack of clarity around the strategy comes as an investigation by The Detail shows that prisoners are more likely to misuse prescribed medication than illicit Class A drugs, that Maghaberry prison is worst affected, and that drugs have been implicated in the death of at least 10 prisoners since 2014.

Prescribed but not without risk

There is a market for drugs of all varieties in Northern Ireland’s prisons. Data obtained under Freedom of Information legislation reveals that everything from cannabis, to diazepam, to pregablin, to more powerful opiate-based drugs, like fentanyl, have been seized in recent years.

More than 2,260 seizures of drugs and unknown substances were made across Maghaberry, Magilligan, and Hydebank Wood prison complexes between January 2010 and June 2016, according to official records.

Over half of these seizures were made at Maghaberry prison (1,360) and despite the efforts of authorities to stem the flow of drugs, random drug testing of prisoners shows that drugs are still getting through.

Drugs were found in one in five prisoners randomly tested at Maghaberry meaning that the prison service is missing its target on reducing drugs in prison – see here for full story on Maghaberry.

Prisoners were also more likely to misuse prescription medication than harder street drugs, such as heroin or cocaine, according to the most recent data available on the type of drugs and substances seized.

The type of prescription drug intercepted ranged from hundreds of anti-anxiety tablets such as diazepam or Valium to 20 seizures of fentanyl, an opiate based drug that is 100 times more powerful than morphine, which has been found in batches of heroin and prompted a warning from the Chief Medical Officer earlier this year.

This prescription medication may have come from a variety of sources. It may have been purchased online and smuggled into prison or prescribed to inmates and stolen, traded, or passed on to other prisoners under duress or voluntarily.

During this three and a half year period less than 200 grams of heroin and cocaine powder, less than two kilograms of cannabis, and less than one kilogram of unidentified powder was intercepted by prison staff.

There have also been seizures of pregablin, a medication prescribed for anxiety, nerve pain, and epilepsy, which has been associated with misuse in the community. There were at least 24 seizures of pregablin in prisons in Northern Ireland between 2014 and 2015, according to figures furnished by the Department of Justice.

The prison service declined to comment on the type of drugs being misused but acknowledged that “the misuse of any substance, whether illegal or prescribed medication, poses a risk to people in our care.”

A spokesperson for the South Eastern Trust said it was a complex issue: “It is important to recognise that there are changing patterns of drug use both in the community and within prisons due to illicitly acquired medication”.

“Prison reflects what is going on in the more difficult parts of outside society. Northern Ireland has a high rate of prescribing in the community and that’s what’s carrying over to the custodial setting,” he added. 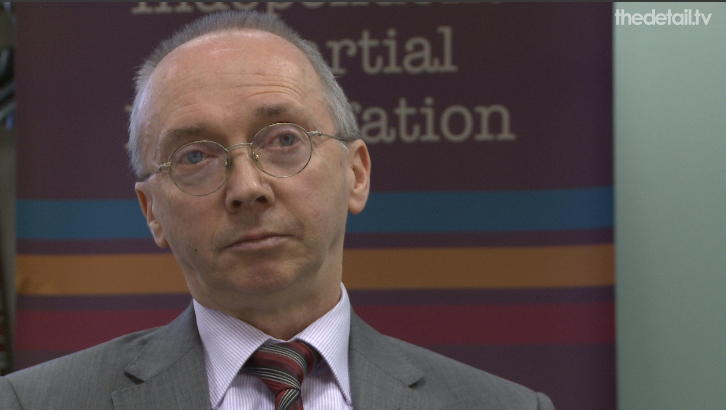 The prison service was unable to provide data on the type of drugs seized after December 2014, stating that quarterly reports on drug seizures were “no longer an agenda item” for the Prison Service Management Board. The date, location, and nature of each drug seizure is recorded individually but this information is not held on a centralised system.

In 2015/2016 more than 3,000 prisoners received over 169,000 prescription items. That’s an average of 54 prescriptions per prisoner and provides some indication of the scale of prescribing in Northern Ireland’s prisons in a given year.

A previously unseen report on the health needs of prisoners in 2015, obtained by The Detail, also provides some insight into the type of drugs being prescribed in prison.

Commissioned by the South Eastern Trust, the 2016 report reviewed medication prescribed to prisoners over a one month period and found that almost half of prisoners were taking antidepressants, one third were on painkillers (analgesics), one in five were on pregablin or gabapentin (gabapentinoids), and one in eight were on anti-anxiety medication or sedatives (hypnotics and anxiolytics).

The prescribing data also revealed higher use of antidepressants, painkillers, and anti-anxiety medication among female prisoners.

Additional data obtained from the South Eastern Trust shows that an opiate-based painkiller, co-codamol, which contains codeine, was the second most prescribed drug after paracetamol in 2015/2016.

Prison and community based addiction services agree that prescription drugs are posing challenges both inside and outside the walls of Northern Ireland’s prisons.

Start 360, which works with prisoners to address alcohol and drug addiction issues in custody, said the misuse and abuse of prescription medication is a “growing problem”.

“The issue is people taking drugs which have not been prescribed to them. As in society there is an underlying assumption that all prescription drugs are safe. This is not the case. There is also the same risk associated with mixing drugs. Methods of drug consumption and the dosages being taken can increase these risks further,” a spokesperson for the voluntary sector organisation said.

Addiction NI, a community-based addiction service, said the type of prescription drugs being misused were similar inside and outside prisons.

Alex Bunting, a programme manager at Addiction NI, said: “What’s happening in prisons is a reflection of what’s going on outside prison. The top three problem prescription drug groups that we are seeing in the community are diazepam, opiates/opioids, such as Tramadol and codeine, and more recently pregablin”.

“Pregablin is a growing problem and as we have seen recently it’s now being attributed to a number of drug-related deaths, which are at an all-time high in Northern Ireland. It follows a situation in the past where diazepam was prescribed too liberally. Specialist Benzodiazepine nurses were brought in around ten years ago and new guidance given to GPs to try to deal with the levels of dependence and misuse. What we’re seeing with pregablin prescribing is a concern given the obvious impact it is now having across communities and in prisons,” Mr Bunting added.

The misuse of drugs, whether illicit or prescribed, can have sometimes fatal or potentially serious consequences, such as overdose, self-harm, or injury.

In prison, drugs bring additional risks, including increased violence, bullying, and the intimidation of other prisoners and staff.

The previously unseen 2016 report, obtained by The Detail, found there were 501 incidents of self-harm or overdose and that, of 59 Serious Adverse Incidents (SAIs) in prison healthcare, seven related to drug overdose between 2014 and 2015.

These findings come as figures on drug-related deaths show that more people in Northern Ireland die from the misuse of prescribed medication than from illicit drugs, as recently revealed by The Detail - see here for story.

Drugs have been implicated in the death of at least 10 prisoners since 2014.

According to investigations by the Prison Ombudsman drugs played a role in the death of two prisoners in custody and in the death of eight prisoners within two weeks of their release from prison between 2014 and 2015.

See here for previous reporting by The Detail on deaths in custody and here for further details on drug-related deaths post-release.

The true number of fatalities, however, may be higher, according to the recently retired Prison Ombudsman, who said post-release deaths were notified to the Ombudsman's office on a “piecemeal” basis.

“A lot of people will leave prison with their tolerance lowered because they have had less opportunity to use drugs while in prison. And when they go back out and straight back onto them because they haven’t been using them for some time they’re more vulnerable and susceptible to an overdose,” Mr McGonigle said.

Bridging existing gaps between services in prison and the community, however, could reduce risk and improve the support available to prisoners on their release.

Start 360, which works with prisoners in custody, said developing a throughcare programme would link support from the prison and the community post-release.

A spokesperson for the voluntary sector organisation said: “Funding is needed – the return on investment is substantial and saves money in the long term. It also prevents further crime and, in some cases, saves lives”.

What has happened since the 'Safety of Prisoners' report?