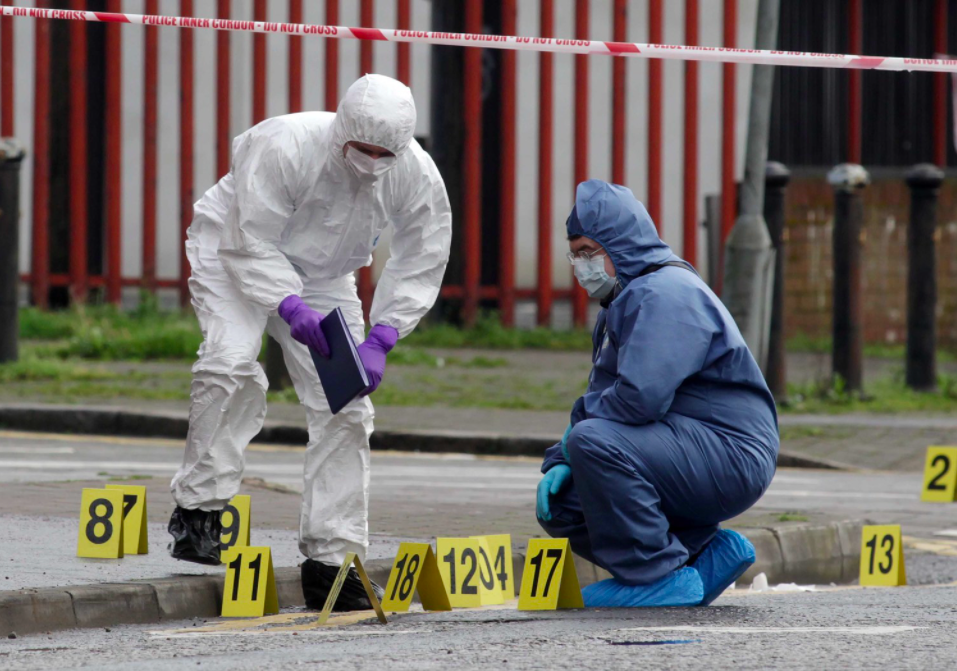 The PSNI aims to match biometric material collected at crime scenes with that which it holds on a database.

AN official plan to reform the Police Service of Northern Ireland’s (PSNI’s) retention of DNA and fingerprints has been criticised by the Northern Ireland Human Rights Commission (NIHRC).

The commission believes the model put forward by the Department of Justice (DoJ) “remains incompatible with Article Eight of the European Convention on Human Rights (ECHR)”.

Article Eight is an individual’s right to respect for private and family life, home and correspondence.

In addition, not-for-profit public research organisation, GeneWatch UK, said the DoJ proposals pay “inadequate regard” to the impact of rehabilitation on people with convictions.

The organisation also doesn’t believe there is “any evidence” that routinely retaining arrested people’s biometric profiles, “for all recordable offences”, has positive outcomes for justice.

Police have, this week, told The Detail there are 199,537 DNA profiles and 207,189 individuals’ fingerprints recorded in Northern Ireland. However, the numbers fluctuate regularly.

Justice Minister Naomi Long published proposals for changes to the Criminal Justice Act in July 2020 to ensure Northern Ireland had “maximum periods of retention” of DNA and fingerprints “from individuals who have been convicted of an offence”.

This is instead of, as current legislation permits, the indefinite storage of people's biometric material regardless of whether or not they have been convicted of a crime.

The proposed changes aimed to implement:

Following the public consultation on these proposals, the DoJ would later clarify that people with adult convictions, but no custodial sentences, “should fall within the 25-year band rather than 50 years as originally proposed”.

However, the NIHRC said: “The maximum years of retention across the proposed ‘75/50/25’ model is too broadly constituted, disproportionate and we believe remains incompatible with Article Eight ECHR.”

The commission called for this model to be amended so it’s more “tailored and proportionate to the offence and the circumstances”.

Meanwhile, GeneWatch UK said: “We disagree with the proposed approach which allows for retention periods of up to 50 years for DNA profiles collected in connection with non-serious offences.

"This approach pays inadequate regard to the importance of rehabilitation and the lack of any evidence that retaining DNA profiles collected routinely on arrest for all recordable offences is necessary or proportionate to the need to tackle crime.

“We therefore propose that, for all offences where a rehabilitation period is specified, DNA profiles are deleted at the time at which the offence becomes spent.”

A DoJ spokesperson told The Detail: “In order to ensure that the value to the police of biometric databases is not undermined the proposals strike an appropriate balance between the right to privacy under Article Eight and the need to retain biometric data for the prevention and detection of crime.”

The DoJ also said that police retention of DNA and fingerprints will be “subject to scheduled reviews” and that plans for a Northern Ireland Commissioner for the Retention of Biometric Material, will ensure there’s “important independent oversight of the operation of the new retention system and that review process”.

In addition, we were told: “The department is of the view that the non-disclosure of spent convictions under the Rehabilitation of Offenders (NI) Order 1978, should not be linked to the policy that determines how long biometric data may be retained.

“However, the department has noted the concerns and will consider this issue further, particularly in relation to young people and those who have convictions for some of the more minor offences, as part of the planning process for the review mechanism.”

Minister Long announced her proposed legislative changes to DNA and fingerprint retention, by authorities, 13 months ago following a ruling, earlier in 2020, made by the European Court of Human Rights.

The relevant ruling was made in the case of Newry man, Fergus Gaughran, who pleaded guilty to a drink driving offence in 2008.

The UK Supreme Court previously ruled in favour of the PSNI – that the continued retention of Mr Gaughran’s biometric profile took legal precedence over the impact of its retention on his individual human rights.

However, Strasbourg judges subsequently overturned this ruling, in February 2020, on the basis that the indefinite storage of Mr Gaughran’s data breached his Article Eight ECHR rights.

Article 64 of the Police and Criminal Evidence (PACE) (NI) Order 1989 currently governs the retention of DNA and fingerprints by authorities in Northern Ireland.

It states that the PSNI may indefinitely hold onto the DNA profiles and fingerprints which officers take in connection with a recordable offence, irrespective of whether or not it results in a conviction.

However, the Criminal Justice Act (CJA), passed in Stormont in 2013, created new provisions aimed at limiting the PSNI’s powers of retention based on the seriousness of the offence, the age of the person from which the material was obtained, whether the person was convicted or not and the person’s criminal history.

Despite this, Schedule Two of the CJA still allowed for circumstances in which it would be permissible for the PSNI to hold DNA and fingerprints of convicted persons indefinitely.

In addition, prior to this legislation’s planned implementation in 2015, the then Chief Constable, George Hamilton, instructed the DoJ that the application of this law would lead to the deletion of material which could undermine Troubles-related investigations.

As a result of this intervention, the then Justice Minister, David Ford, suspended commencement of the CJA provisions.

The DoJ’s July 2020 consultation document states: “The proposed solution was to create a lawful basis to retain and use a copy, or ‘snapshot’, of the material that would be eligible for destruction under CJA, which could be strictly accessed and used for the sole purpose of the investigations into Troubles-related deaths.”

The Northern Ireland Office factored this requirement into its draft Stormont House Agreement (SHA) Bill. However, that was before the UK Government outlined its intention to deviate from its SHA commitments.

It was in this context, in addition to the European ruling in Mr Gaughran’s case, that Minister Long launched the DoJ’s proposed legislative changes on DNA and fingerprint material retention.

The DoJ’s proposed way forward was to amend the CJA framework which “contains provisions that allow for the indefinite retention of material relating to convicted persons which has now been found to be non-ECHR compliant”.

The department did this in an effort to make the CJA fit-for-purpose “when the time comes for it to be brought into operation”, i.e. when legislation which deals with the past, that takes into account issues relating to DNA and fingerprints storage, comes into effect.

However, both the NIHRC and GeneWatch UK believe that the DoJ’s planned approach to remedy the situation is flawed.

In the meantime, PACE regulations – which allow authorities to indefinitely store the biometric material of citizens irrespective of whether or not they were convicted of a crime – are still in place.