DUP puts Sinn Féin in driving seat, but road ahead is unclear 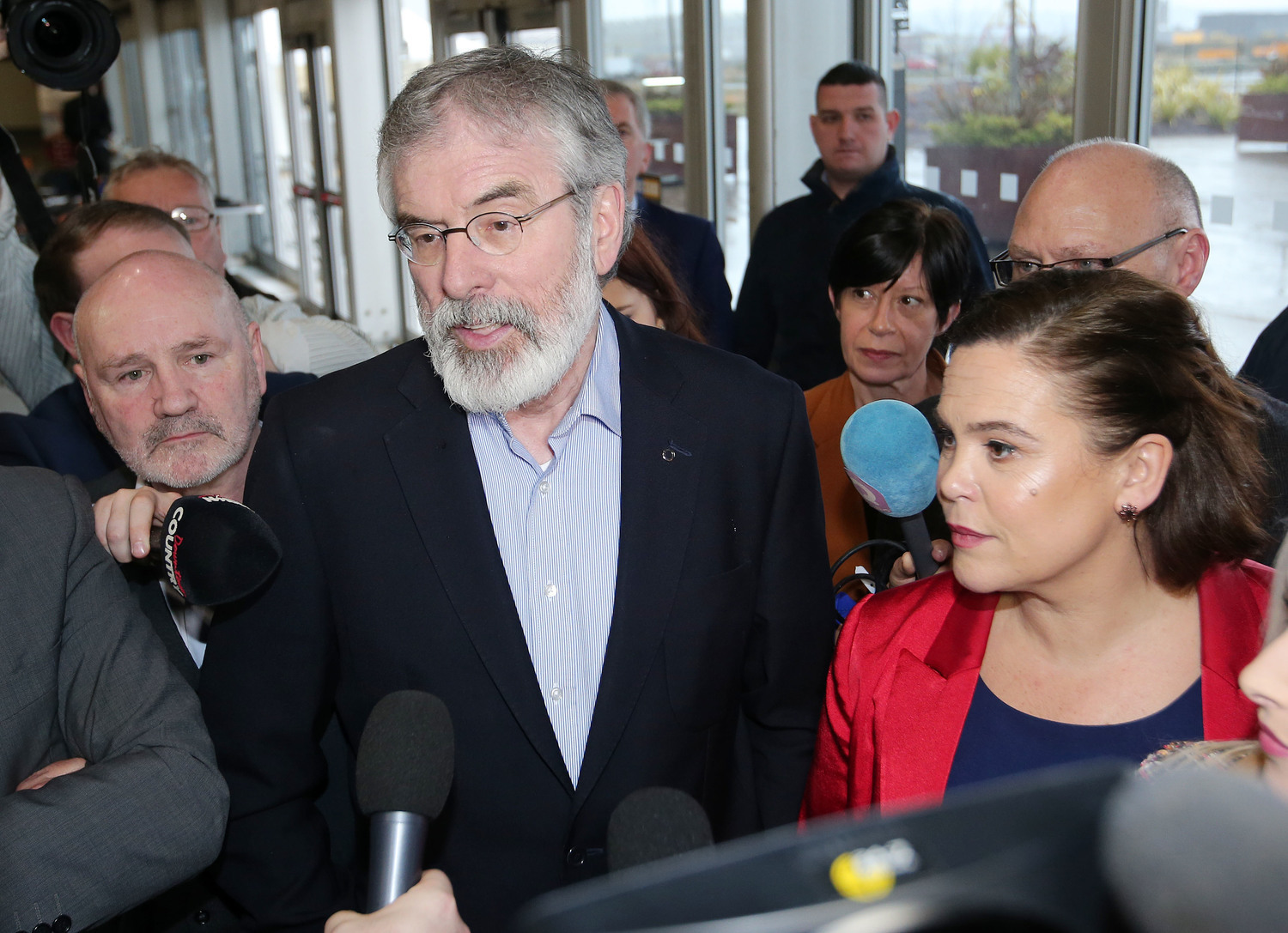 THE shock election result in Northern Ireland that has seen unionism lose its majority status is an overnight sensation that has been years in the making.

It shouldn't come as a surprise to anyone.

The 2011 census revealed that the once unassailable Protestant/unionist majority was in decline, while the growing Catholic/nationalist population was likely to become the largest community.

The DUP has known for a long time that a shift in politics was possible, but the party did nothing, despite holding power for the last ten years.

When historians look back on this period, it will be the failure of unionism to respond to its changed circumstances that will baffle analysts.

In the years since the census, The Detail has sought to encourage a constructive debate about population change and the safeguards that exist for all communities.

There was a huge public response to the website's projects, see here, which included infographics published on social media and a Northern Ireland-wide billboard campaign to highlight the increasingly diverse nature of society. 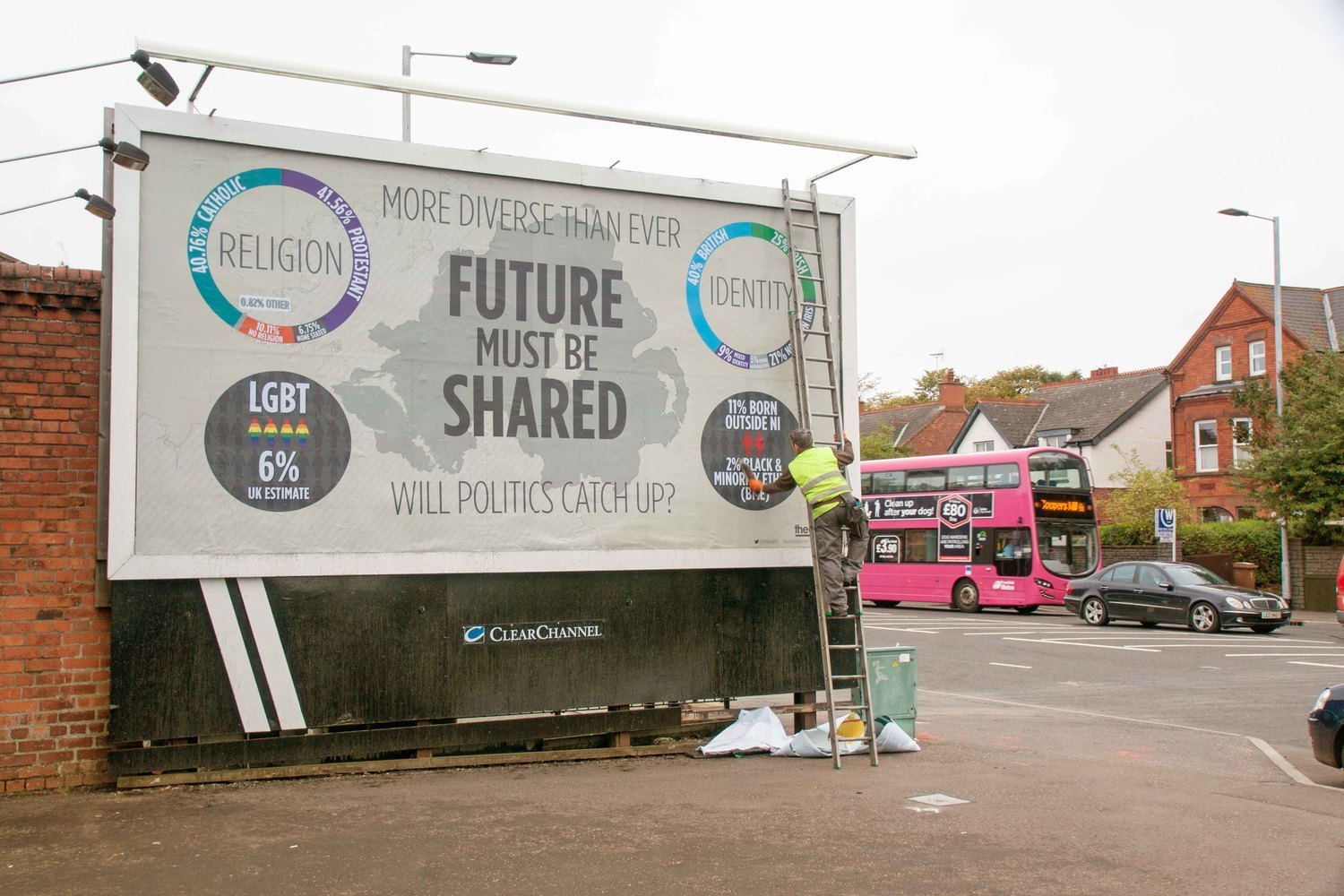 A billboard by The Detail near Stormont in 2015

The Assembly eventually collapsed partly because of its failure to legislate for such diversity, but now the election has forced a recognition of the new realities.

Demographic change does not represent a pendulum swing towards nationalist dominance, but it underlines the need for parity of esteem for the British and Irish traditions here, plus room for smaller communities to flourish.

Wider changes on the political landscape could also demand new thinking in the wake of a watershed election.

One of The Detail's infographics from 2015

The election turnout of nearly 65% was one of the highest since the era of the Good Friday peace agreement of 1998.

The DUP entered the latest race with a ten seat advantage, but its new tally of 28 seats gives it the narrowest of margins over Sinn Féin on 27.

And in the Assembly as a whole unionism has fallen to a total of 40 seats, losing majority status in a 90-seat Assembly that now includes 39 nationalists and 11 cross-community members.

The Good Friday agreement provided a framework to protect all communities, plus the flexibility to cope with the flow of politics on these islands.

Sinn Féin's growth on the southern side of the Irish border means it has a chance of sharing power there too.

As observers weigh-up the likelihood of the collapsed Stormont government being re-established, our hermetically sealed political discussions in Belfast need to look outwards.

Northern Ireland has for years been jointly-governed by what is now a Dublin-led political party.

Sinn Féin's decisions on the future of the Assembly will be shaped by the possibility of a Dáil election, plus the fear that Brexit risks creating a hard border on the island of Ireland.

But how will the DUP react? 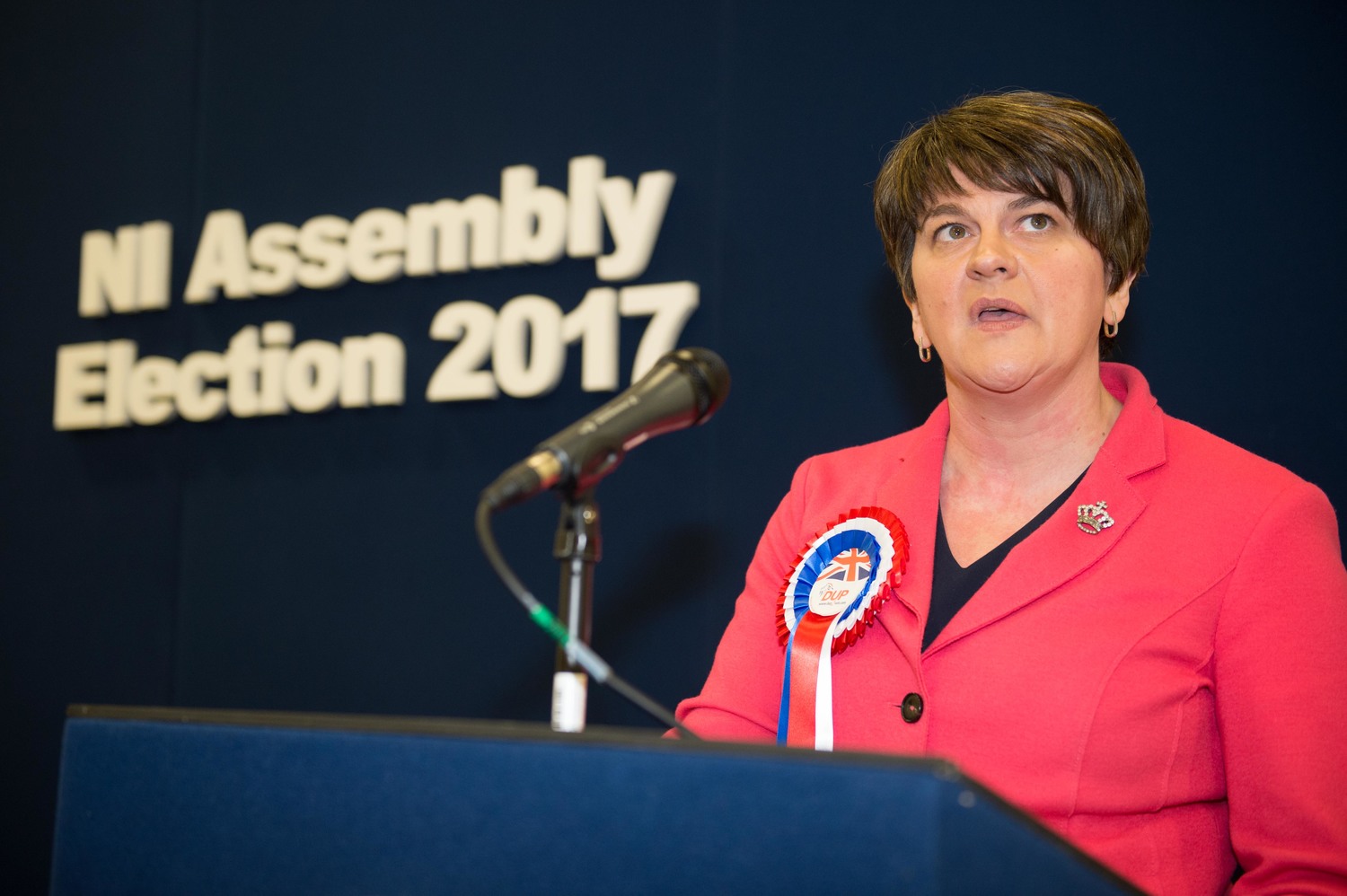 DUP leader Arlene Foster at one of the election counts

The party had ten years at the top of government.

It knew it had to respond to demographic change by reaching out to nationalists, but its tactics lacked conviction, while persistent financial controversies forced the party to instead shore-up its support base.

The DUP's problems were created under Peter Robinson's leadership, but they came to the boil under Arlene Foster.

When the DUP should have been winning-over nationalists, it instead opted to antagonise them.

Despite Stormont experts warning that leaving the European Union (EU) risked major economic damage, as reported here, the DUP took over £400,000 from pro-Brexit lobbyists to pay for adverts calling for an EU exit.

And while Stormont's failings, in the face of population shifts, provided the potential for political change, Brexit has now created an urgent new context. 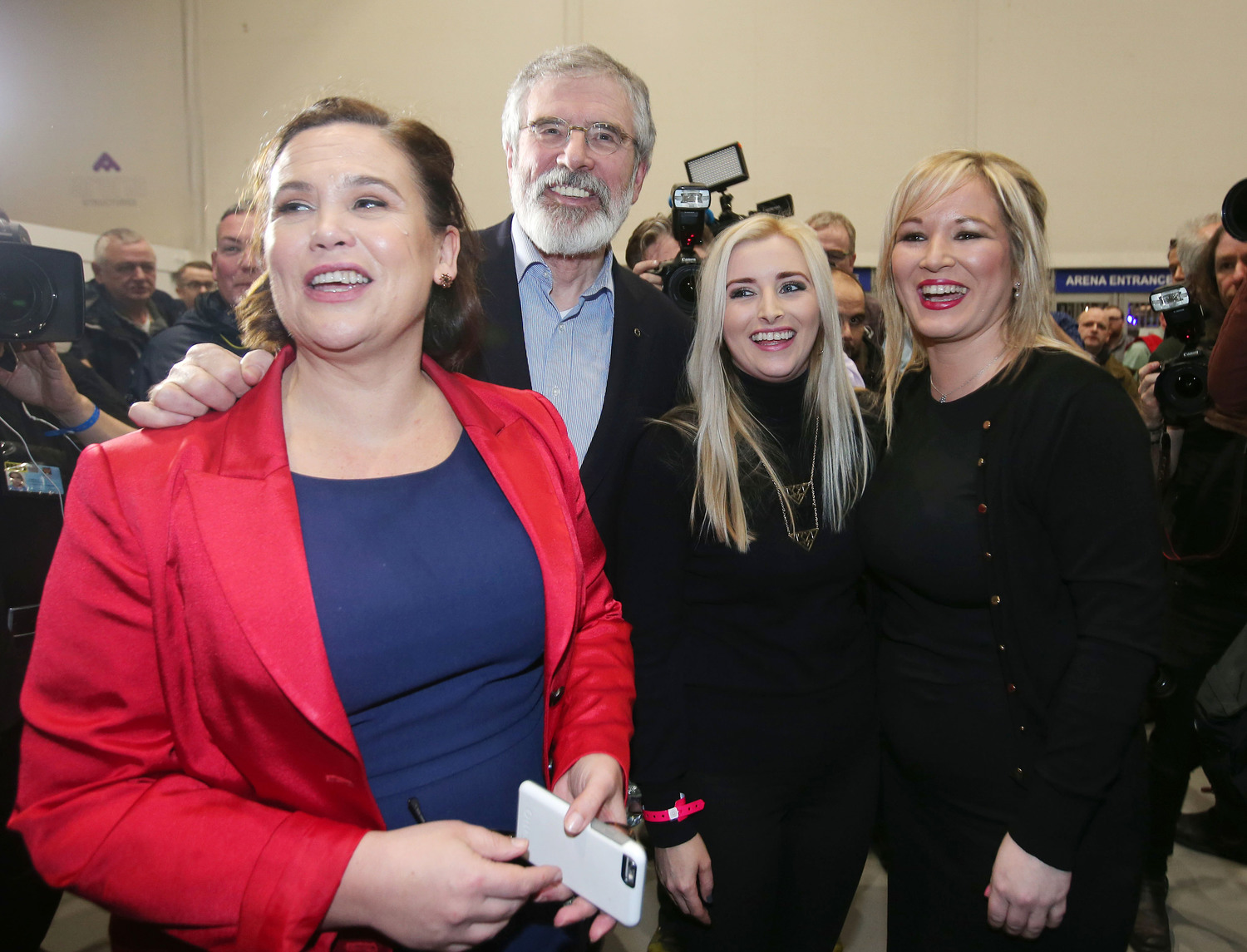 Britain's exit from the European Union will now become the big political focus.

But for today, it is the DUP that is under pressure.

Sinn Féin will calculate whether restoring Stormont strengthens or weakens the party's wider aims, including its response to Brexit.

The DUP had its hands on the wheel for ten years.

Now it has put Gerry Adams in the driving seat and must wait to see which direction he takes.