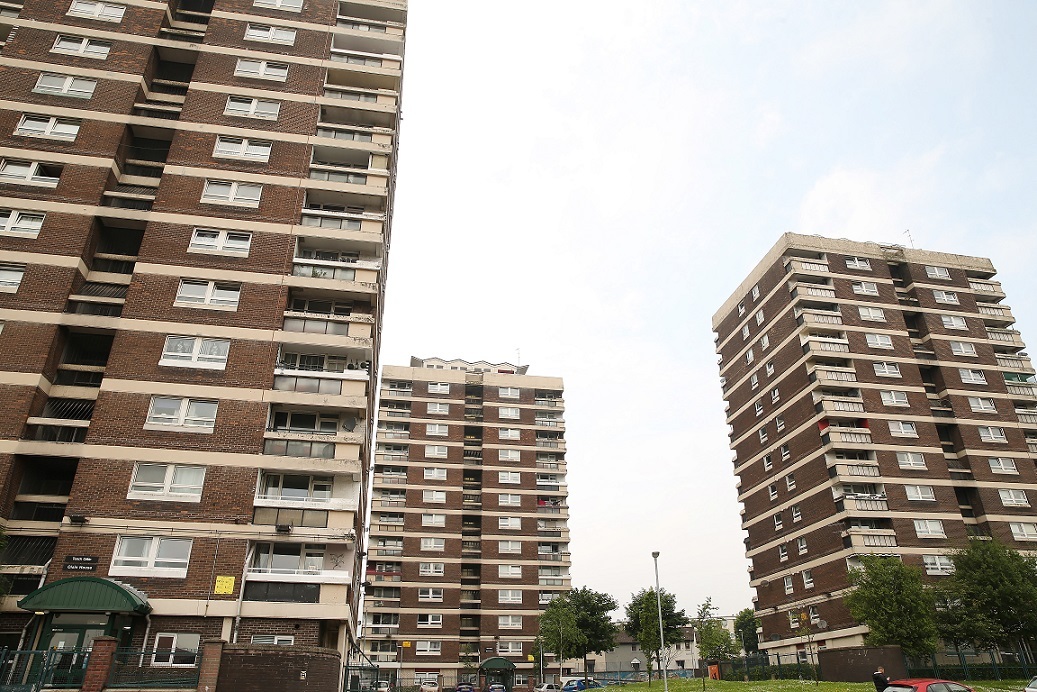 Tower blocks in Belfast's New Lodge have already been earmarked for demolition by the Northern Ireland Housing Executive.

THE Northern Ireland Housing Executive may be forced to allow half of its 86,500 homes to fall into a state of disrepair from 2020 if it cannot secure additional funding, The Detail can reveal.

The social landlord is to begin planning “for the longer-term decommissioning” of over 43,000 properties from the start of next year if a solution cannot be found to plug an estimated £140m annual budgetary shortfall.

This will allow the Northern Ireland Housing Executive (NIHE) to prioritise the maintenance of the remainder of its homes, according to a letter written by Department for Communities (DfC) permanent secretary Leo O’Reilly.

However, there are fears that such a move would put pressure on housing waiting lists and increase homelessness.

Dessie Donnelly, from the human rights group Participation and the Practice of Rights (PPR), said: “We are concerned that this political choice to ‘decommission’ public housing stock could lead to an explosion of housing waiting lists and an overall increase in homelessness.”

Last week The Detail reported that 148 people registered as homeless died while waiting to be allocated a house by the NIHE between October 2011 and the end of August 2018.

There were 36,198 applicants on a waiting list for a home in Northern Ireland in March this year with 24,148 of those considered to be in priority need of housing and 11,877 deemed to be homeless, according to the NIHE’s latest annual report.

NIHE’s financial difficulties are being blamed on low rental income, debt and management costs and a repair backlog.

The August 6 letter from Mr O'Reilly, which was sent to DUP MLA and former Social Development Minister Mervyn Storey, outlined a number of potential solutions - but these require legislation to be passed.

Warning that “stock continues to deteriorate due to lack of investment”, the letter added: “The NIHE has sought to manage this position through a process of focusing on essential maintenance of its properties while curtailing the longer-term maintenance that is essential to ensure the longer-term availability of the housing stock.

“Towards the end of 2017, the NIHE estimated that if by 2020 there was no prospect of the future investment that reform may secure, then the organisation would have to start de-investing in approximately half of its portfolio in order to provide a sustainable future to the other half.

The NIHE told The Detail the de-investment plan is the “worst case scenario”.

A spokesman said this “potentially would mean that we continue to focus only on necessary health and safety work and halt improvement schemes” on some properties and that it could take around three years before there is a detrimental impact on its homes not subject to investment.

He said: “Options that could be explored would be the possible sale of homes to the private sector, transfer to housing associations, or demolition and redevelopment. While in some cases this may be feasible, it is our experience that there would be a great of deal of difficulty in getting agreement from tenants, local communities and political representatives to the transfer of stock.

“The Housing Executive, as would others, has also major concerns about the significant loss of stock and the detrimental impact on meeting increasing social housing need in Northern Ireland.” 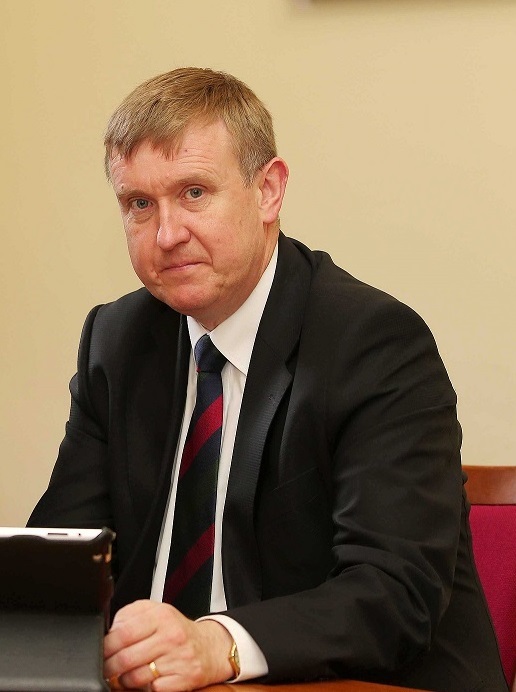 DUP MLA Mervyn Storey told The Detail he raised the problems facing the Housing Executive with former First Minister Peter Robinson and former Deputy First Minister Martin McGuinness more than two years ago when he was the minister responsible for housing at Stormont.

He said: “Everybody has known these problems have been there but there has been a failure to grasp the reality of the situation and find a workable solution. I feel extremely disappointed that I wasn’t able to find a way through and this was not due to a lack of effort on my part.”

The idea of decommissioning homes has been met with opposition from a leading human rights group which has accused the Housing Executive of “blatant opportunism” in the absence of a functioning government at Stormont where there has been no Executive since January 2017.

Dessie Donnelly, from the Participation and the Practice of Rights (PPR) group, said: “The delivery of accessible and affordable public housing is a basic human right.

“However, decades of under-investment and policies which have deepened inequalities in housing, including religious inequality, have witnessed both the deterioration of housing standards and rising homelessness across the north.”

He added: “The prospect of an unelected and unaccountable civil service taking this decision now is wholly unacceptable.

“Removing democratic control and the public accountability of social housing is not an option. The Housing Executive know this and it is blatant opportunism to state such intentions during our current political vacuum.”

The Department for Communities said the Fresh Start Agreement committed the parties at Stormont to progress structural reform of social housing provision in Northern Ireland, and added: “The key point is that the situation will become critical if no action is taken soon. The current plan is to make the decisions that will ensure NIHE homes are sustainable for future years.”

In his letter to Mr Storey, the DfC permanent secretary said the NIHE believes it requires a £3bn investment in its housing stock over 11 years and that a backlog of maintenance and repair work means an annual investment of around £300m is required for the first six years.

However, because of debts and management costs worth around £130m a year, the NIHE can only afford just over half of this estimated £300m investment from its current annual rental income of £290m, he added. 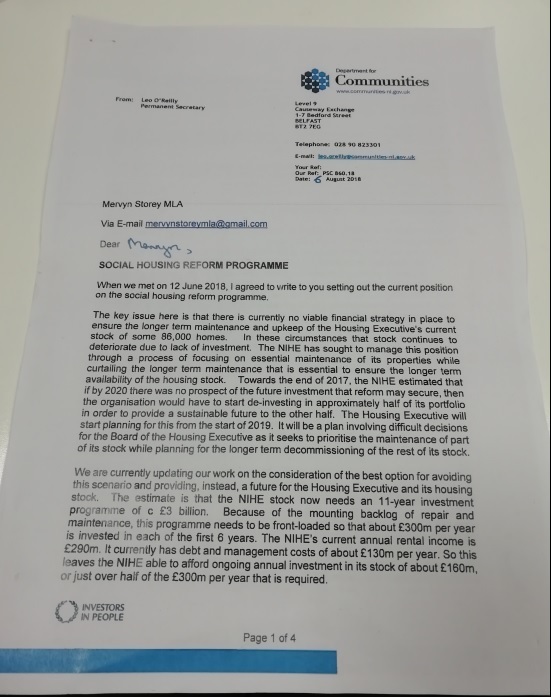 Mr O’Reilly’s four-page letter outlined a number of proposals currently being considered by the department to make the NIHE more financially viable. These include:

The NIHE is currently consulting with residents living in 1,931 flats across 33 tower blocks over plans to demolish the buildings and erect new accommodation on the land over a 20-year period.

Last week DfC permanent secretary Leo O’Reilly said one option that could help secure the future of the NIHE is if it is converted from a public body into a social enterprise-type organisation.

He told delegates at the annual conference of the Northern Ireland Federation of Housing Associations (NIFHA) in Limavady last Thursday that this would mean it could be eligible to apply for private sector funding which public bodies cannot do.

He said the new organisation would be similar to a registered housing association although the final model had not yet been finalised and would require ministerial/executive approval.

Mr O’Reilly also told the conference that around £7bn of investment is needed for Housing Executive stock over the next 20 years.

NIFHA chief executive Ben Collins said the number of people considered to be in priority need of housing has increased by 20 per cent over the last five years and added: “While we want the Housing Executive stock to be refurbished as necessary, it is imperative that housing associations are able to continue to build much needed new social homes, to meet the growing need.”

The NIHE's 2017/2018 annual report said building started on 1,759 new homes during the last financial year through the body’s Social Housing Development Programme Group. However, the NIHE told The Detail it last built a new home during the nineties.

Subscribe below to receive email alerts for future stories from The Detail.