NI proxy voting system should be removed according to expert 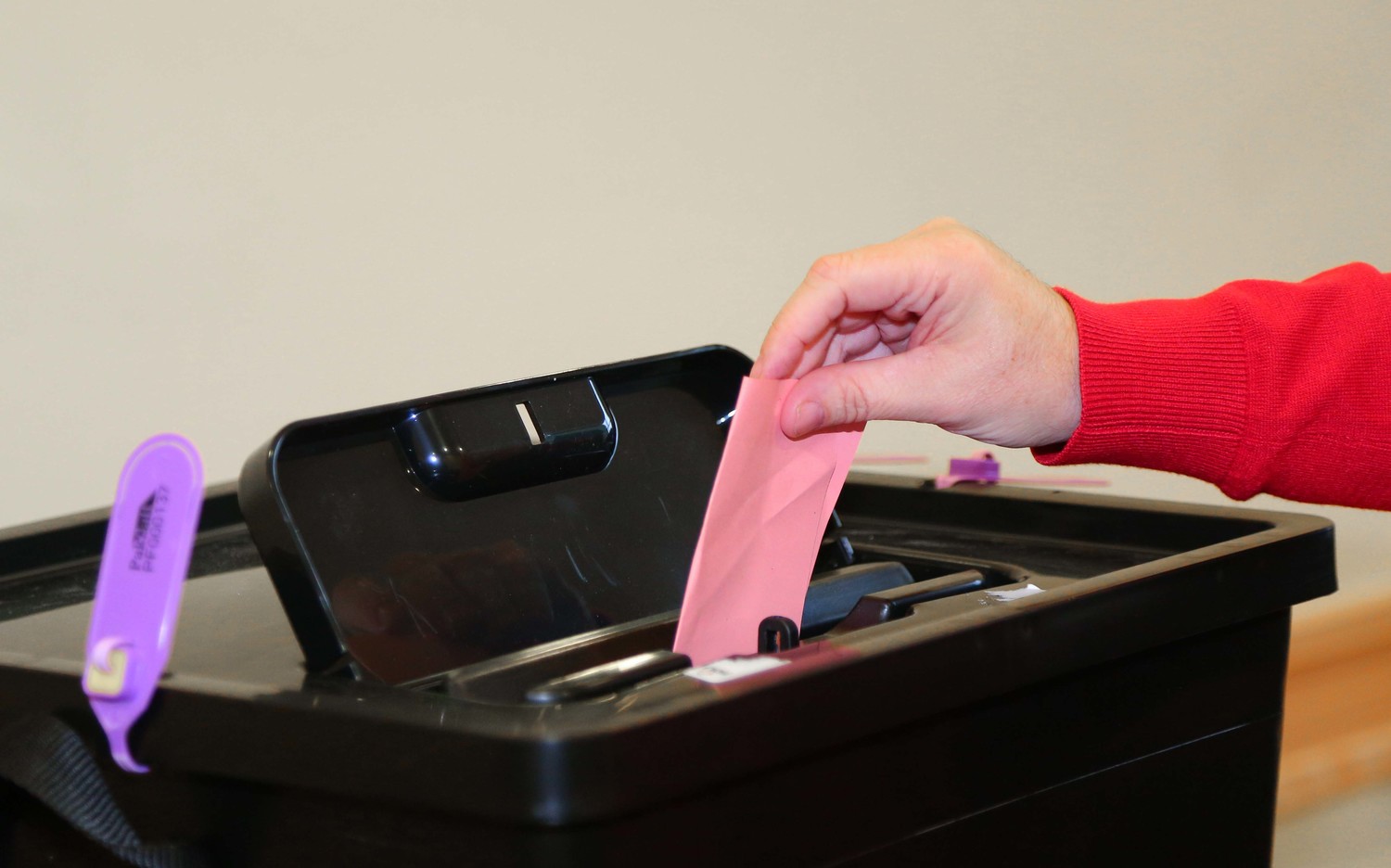 A member of the electorate voting in a previous election. Photo by Kevin Scott, Press Eye.

AHEAD of tomorrow’s assembly election, concern has been raised about the proxy voting system in Northern Ireland.

Proxy voting involves a person physically attending a polling station, on another person’s behalf, and casting the absent individual’s vote.

The Electoral Office for Northern Ireland (EONI) states that to vote by proxy “you must complete an application form specifying the reason why you cannot go in person to vote at your polling station”.

University of Liverpool politics professor, Jon Tonge, believes proxy voting should be done away with and that postal voting is sufficient for absent voters.

The academic, who has expertise in Northern Irish affairs, told The Detail: “I’ve no problem with postal voting at all, it’s a boost to turnout. Proxy voting, I’m slightly more nervous about. If it were left to me, I wouldn’t have proxy voting. Why can’t you send in the ballot paper yourself?

“You’ve got to have faith in the integrity of the process. I’m not entirely convinced that in 15 hours you can’t get to a polling station unless you’re away, in which case – why don’t you just apply for a postal ballot? I’m not sure all of these proxy votes are needed.

“I would remove them, I would get rid of proxy votes and just have postal votes for those who would prefer not to vote in person for whatever reason – rather than have people turn up on your behalf.”

Professor Tonge also said it’s “odd that you can nominate a proxy”. He added: “In most other certifiable forms of important things in life, you’ve got to be there in person.”

However, Chief Electoral Officer for Northern Ireland Virginia McVea told The Detail she has “no concerns about the use of proxy voting” which she called “entirely legal”.

Ms McVea also said “there is no suggestion that electors here with a proxy vote are doing anything untoward” and, instead, they are “exercising their democratic rights in accordance with the law”.

“There have to be rules”

Proxy voting has been in the news recently, with the DUP and TUV calling for the EONI to permit further applications to use this mechanism to vote in tomorrow’s election. This came after the deadline to apply to vote by proxy had already passed.

The parties made this call due to Glasgow Rangers' second leg tie in the Europa League semi-final which will take place in Scotland tomorrow, the same day as the Stormont election.

Ms McVea said: “There have to be rules and, in this case, it’s not possible to make late allowances.”

The Chief Electoral Officer also said Northern Ireland has tighter restrictions for proxy voters than elsewhere in the UK and its overall absent voting figures are relatively low.

She added: “We also signature-match, with a forensic expert assisting the team. We have moved our absent vote process into one site with one expert team and data analytics developments at the EONI allow us to run reports on proxies etc.” 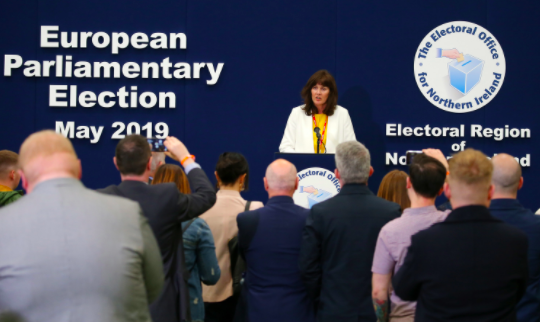 However, Professor Jon Tonge from the University of Liverpool reiterated his concerns about the robustness of the proxy voting process.

He said: “How can you decipher if a proxy vote is legitimate or not? If you give a legitimate reason, who is the EONI to query that?

“If someone says they can’t make it and they are going to use a proxy vote, how would you challenge that and say ‘I don’t believe this person’ – I don’t think it’s possible.”

Independent candidate for Fermanagh and South Tyrone, Emma DeSouza, has expressed concern about this.

Yesterday, Ms DeSouza tweeted that she’s “been contacted by a lot of people who have applied for a postal vote and been denied” in addition to “others who due to unforeseen circumstances or for health reasons now need a proxy vote for Thursday and are being denied”.

She said: “We need a streamlined, accessible electoral system – not one that creates barriers to participation.”

Professor Tonge referenced issues relating to the 2017 Westminster election, when concerns were raised about the rise in proxy votes in the tightly-contested constituency of Foyle which Sinn Féin ended up winning by a fine margin.

Mark H Durkan of the SDLP, whose uncle lost his seat at the election to former Sinn Féin MP, Elisha McCallion, was reported to have met with both the Chief Electoral Officer and the police about this issue.

In addition, police announced they were investigating a number of complaints relating to proxy voting at that time – though nobody faced subsequent charges.

This matter was later referenced by the DUP’s East Derry MP, Gregory Campbell, in the House of Commons who claimed it represented a “theft” of an election.

However, this was refuted by both Ms McVea and Sinn Féin – with the party claiming Mr Campbell was using distractionary tactics to deflect from negative stories about the DUP.

Professor Tonge said “the figures themselves beg big questions”, but asserted he was making no allegations against any political party.

He also said: “It’s perfectly reasonable to ask if one particular part of a constituency, which is likely to favour a political party, has a very high level of proxy voting – why that proxy voting is taking place.”

In addition, Professor Tonge stated that while legal challenges have previously been threatened by losing parties, in relation to proxy voting, they have never progressed in any substantial way.

He continued: “I just don’t think it (proxy voting) belongs in the 21st century. I would abolish it.”