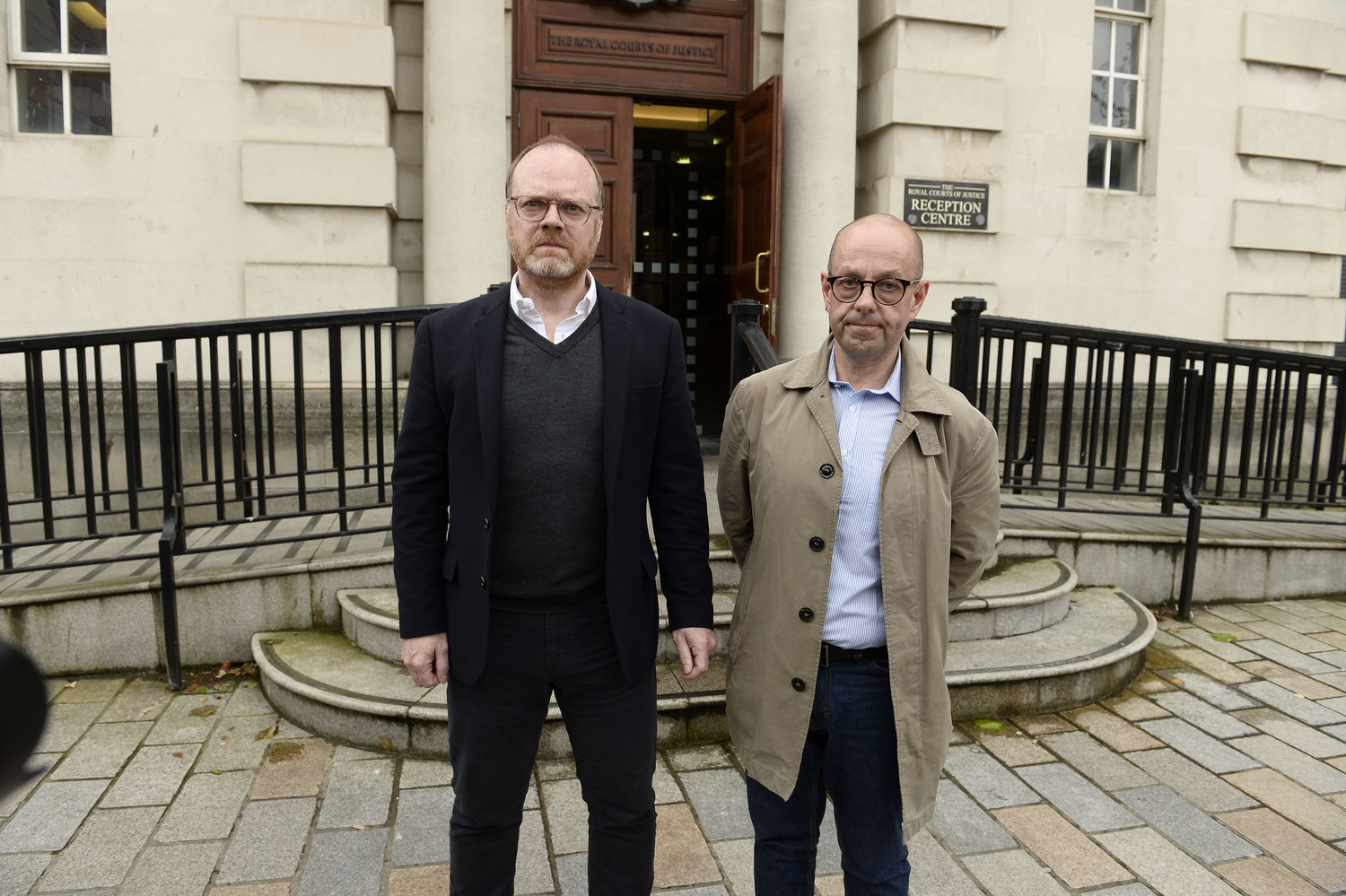 JOURNALISTS who were unlawfully arrested over their documentary on the Loughinisland massacre have said they are alarmed by the findings of a PSNI review which strongly criticised the handling of their case.

The PSNI review, carried out by a senior barrister, questioned whether police should ever have investigated Trevor Birney and Barry McCaffrey, who were arrested in August 2018 over their 2017 documentary No Stone Unturned.

The arrests came after then PSNI Chief Constable George Hamilton asked Durham Constabulary to investigate the potential theft or leaking of documents after a draft copy of a Police Ombudsman’s report into the 1994 Loughinisland atrocity was shown in the film.

The High Court in Belfast later found that the warrant issued for searches of the documentary makers’ homes and offices and the seizing of journalistic material was unlawful.

The investigation into the journalists was dropped with substantial damages paid to both men and a public apology by Chief Constable Simon Byrne.

A PSNI review, which looked at the major failures in the case and any lessons it raised, has never been published, despite being completed last spring.

However, a summary of the review was included in the Policing Board’s annual human rights report, published yesterday.

According to the report, the PSNI review questioned whether the journalists had committed any offences which justified a police investigation.

The board’s report said there “remain questions about the nature of the alleged crimes, particularly whether or not they were serious or not, and whether they justified any investigation, let alone the resources that were actually deployed”.

The PSNI review found police investigators were not properly objective and looked at minor issues in the case “through an overly suspicious lens”.

The review also found that investigators appeared not to properly challenge the PSNI’s view that the Loughinisland documentary posed a threat to life under Article 2 of the European Convention on Human Rights.

The review questioned why a relatively junior officer - who court disclosure documents revealed was in fact a Detective Sergeant - had applied for the warrant.

The review said that “warrants of this nature should not be left to junior ranking officers and therefore should be made by more senior officers”.

The senior detective heading the investigation had 30 years’ experience as a police officer. 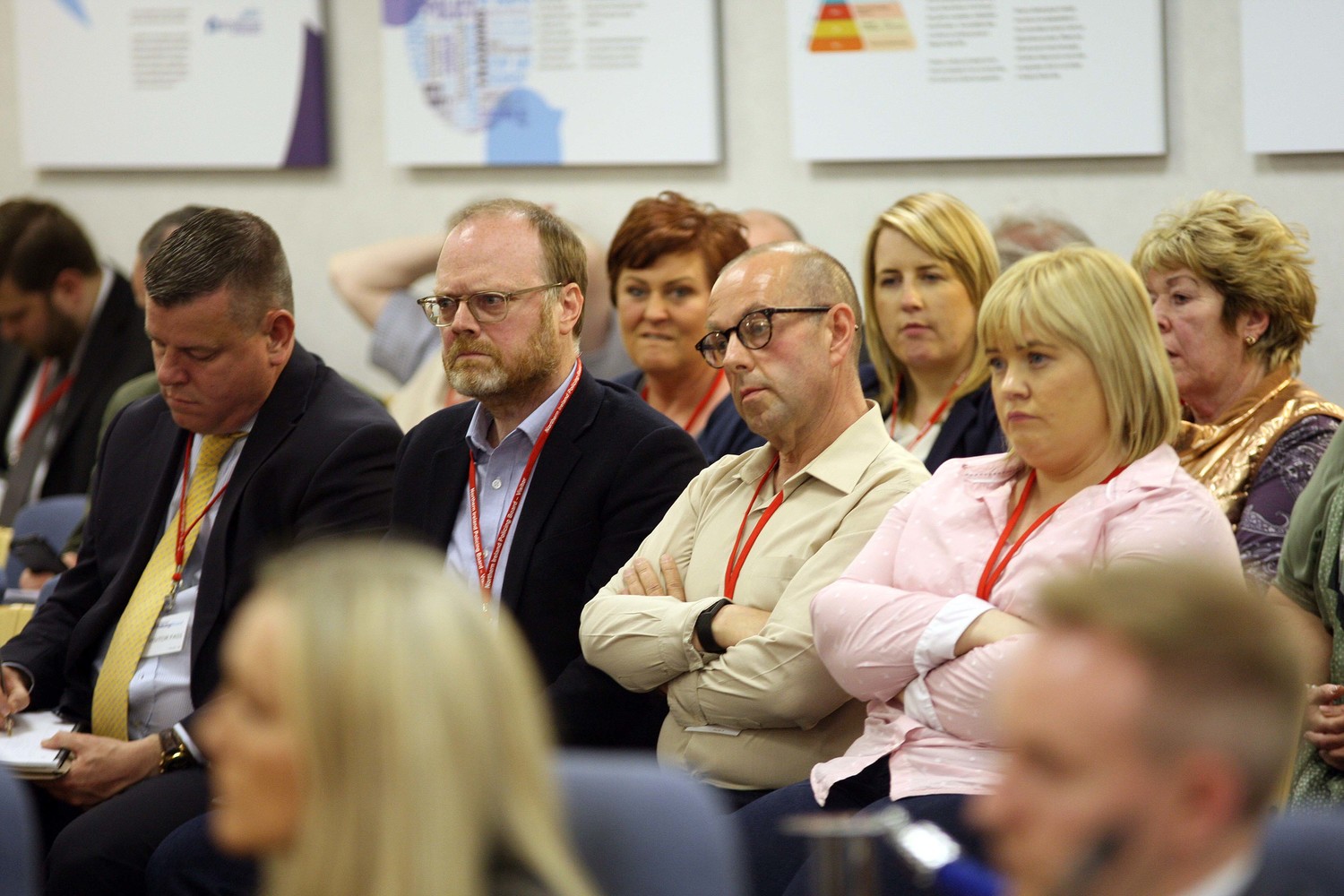 Journalists Trevor Birney and Barry McCaffrey at a Policing Board meeting in 2019. Photo by Freddie Parkinson, Press Eye

Mr McCaffrey described the report’s findings as “shocking” and said in any other police force they would have “led to a proper, public, independent inquiry”.

No Stone Unturned investigated the murders of six Catholic men - Adrian Rogan (34), Malcolm Jenkinson (53), Barney Green (87), Daniel McCreanor (59), Patrick O’Hare (35) and Eamon Byrne (39) - who were killed when the UVF opened fire on The Heights bar in Loughinisland, Co Down, during a 1994 World Cup football match between the Republic of Ireland and Italy.

Mr McCaffrey told The Detail the PSNI investigation over the documentary should never have happened.

“We still do not know how much this whole sorry debacle cost the public purse, whether or not anyone has been held to account,” he said.

The Detail asked the PSNI if any police officer has been sanctioned over the investigation into Mr Birney and Mr McCaffrey.

Deputy Chief Constable Mark Hamilton said he didn’t “believe so” but would check.

The PSNI later released a statement from Mr Hamilton which read: “Human Rights are central to everything we do as police officers and the oversight provided by the Policing Board is key to maintaining public confidence in policing.

“We will continue to work alongside the Policing Board’s Independent Human Rights adviser as we consider the content of the Annual Human Rights Report 2021/22.”

Mr McCaffrey said he was dismayed that no officer appears to have been held to account.

“The culture of secrecy and silence within the PSNI has been allowed to go unchallenged,” he said.

Mr Birney said the PSNI report should be published in full.

“It is in the public interest that the PSNI is held accountable for its actions,” he said.

“Barry or myself cannot be surprised by anything that has been published so far, but we can really only make a full assessment when we see the full report and what actions have been taken as a result of the malicious farce we and our families were subjected to.

“It is in the public interest that the PSNI is held accountable for its actions.

“It was the PSNI who sent Durham Constabulary after us.

“We still don’t know why the PSNI decided to go after journalists instead of the men who killed six innocent Catholics in Loughinisland.”

In February 2021, the PSNI initiated its ‘lessons learned’ review arising from the case, which included reflections on the role of journalists and freedom of expression.

However, Mr Birney and Mr McCaffrey said they were never told that the review was completed last year, or what its findings were.

“We were never informed this review was taking place, we were not asked to participate or give submissions and were not made aware that the report had been completed in the spring of 2022,” Mr McCaffrey said.

“Only the summary of findings and recommendations have been provided to the Policing Board.

“The policy of secrecy and lack of proper scrutiny and accountability is being allowed to continue unchecked.”

The Detail asked the PSNI why only a summary of the PSNI’s review was provided to the Policing Board.

Mr Hamilton said: “There was detail in the report that… would have been more specific to certain individuals.

“So there was a decision taken than rather provide a redacted version to the whole board, a summary was provided.”

The Detail also asked the Policing Board and the PSNI why the journalists had not been kept informed about the progress of the review.

Neither had directly responded to the question by last night. 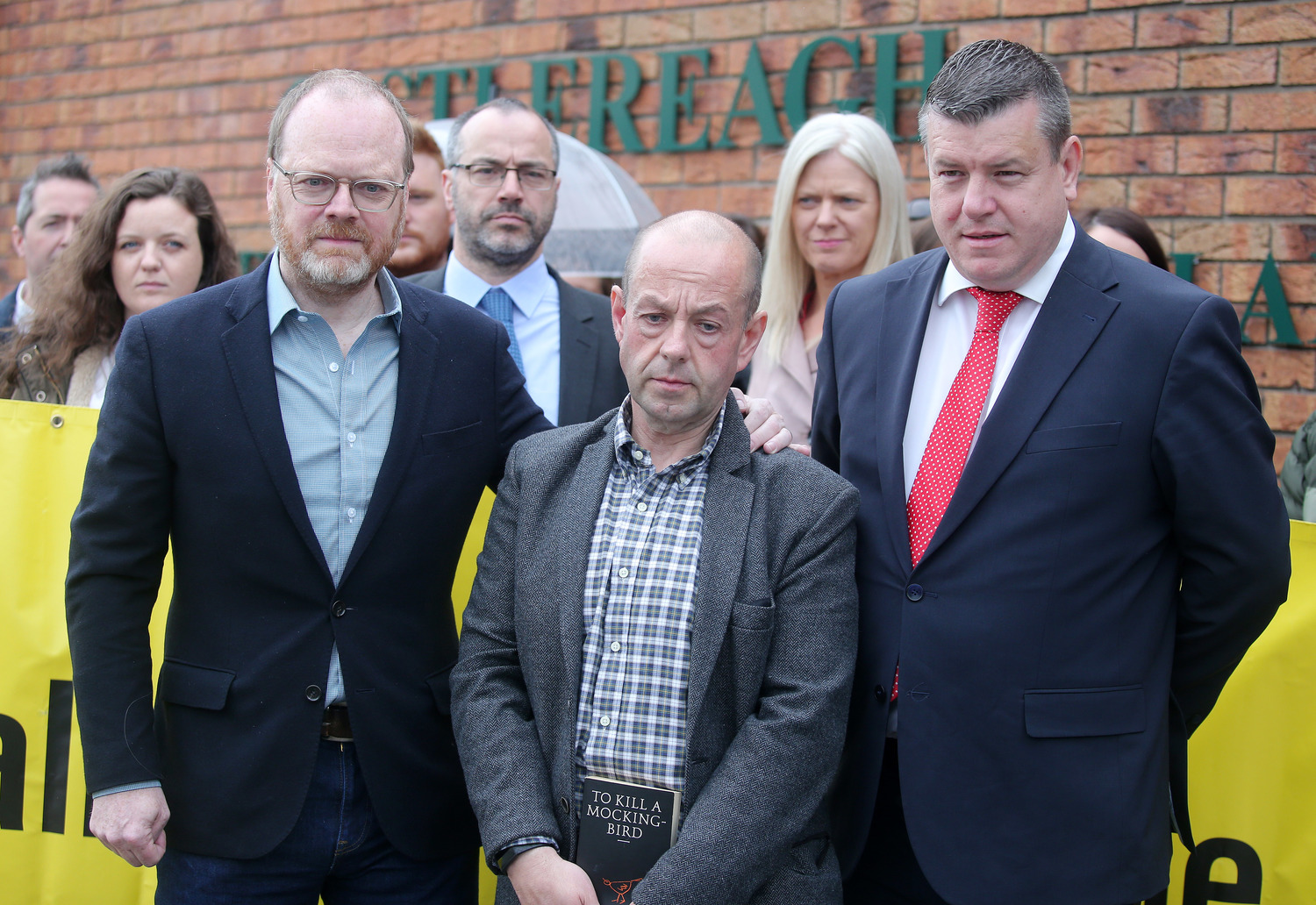 “The unprecedented scale of damages paid and apology made by the Chief Constable are clear evidence of this,” he said.

“I find it convenient and dubious that the review concludes that the blame for this farce should lie with junior officers.

“It was fundamentally obvious from the judicial review that the arrest strategy from its inception to execution was co-ordinated and directed by senior police.

“The only police investigation that should have commenced as a result of the documentary film No Stone Unturned, was not the arrest of the journalists who exposed the truth, rather the police should have arrested the murderers against whom there is clear evidence.

“Those arrests should still be made.”