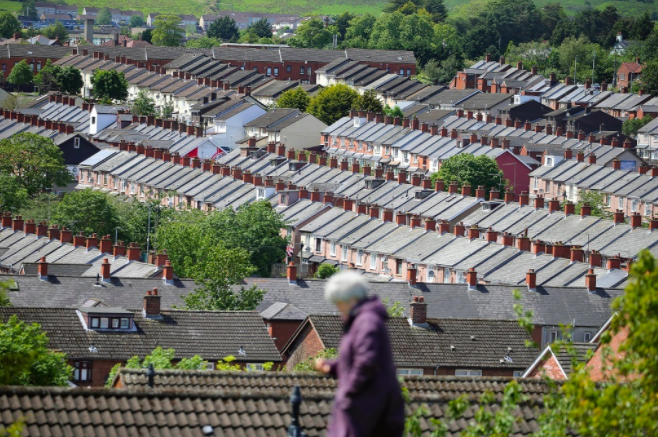 THE Northern Ireland social housing waiting list was over 10% higher at the end of 2020 than it was in March.

The previous annual rise was 2.3%, from March 2019 to March 2020. This meant that the waiting list was already at its highest in years, before the impact of the pandemic.

By December 31, 2020 the social housing waiting list stood at 42,665, according to figures released by the Housing Executive (NIHE) following a Freedom of Information request.

The percentage of the waiting list in priority need, known as “housing stress”, has remained around 70% of the total.

Concerns around the numbers in priority need and high levels of homelessness have been growing in recent years, even before the pandemic hit. The Minister of Communities admitted in November that “our current system is broken".

The NIHE said: “Waiting list rises can be attributed to a number of factors”. These all relate to knock on effects from the pandemic.

In a statement, the NIHE said there had been a decrease in social housing allocations. This was the result of a range of factors including a reduction in termination of tenancies, and restrictions on non-emergency repairs.

The NIHE also said that they have not enforced their annual renewal reminder for those remaining on the waiting list, “which has had the effect of inflating the actual waiting list”. Applicants who do not respond to the reminder process are removed from the list, however the NIHE said they did not know how many re-applied following removal.

Kelan McClelland, head of homelessness prevention at the Simon Community said the figures “show the pressure" the NIHE is under.

“Simon Community recognises this on a service level with our supported accommodation projects operating at full capacity for the past few years. While the charity has taken major steps in creating more space through the repurposing of rooms, demand continues to outstrip supply across all 25 of our projects.

“However, housing supply is ultimately the end goal and we welcome the November statement from the Communities Minister in committing to enable the building of homes. We hope to see the right kind of homes that reflect a changing society being developed in the areas where people want to live as this will provide the ultimate solution to ending homelessness.”

While the NIHE noted that housing and homeless applications had decreased “marginally” compared to 2019, the full effect of the pandemic on homelessness figures is yet to be seen.

Numbers have been suppressed by lockdowns and protective measures currently in place, such as the furlough scheme and restrictions on evictions. Once these end, it is expected that the number of homeless presenters could steadily increase to levels equal or greater than pre-Covid-19, according to a NIHE “homeless reset plan” released in November.

One group that saw an increase in homelessness last year were young people aged 16 to 25 years, who have been “significantly impacted” by Covid-19 to date and are likely to be “disproportionately affected” in the future.

The numbers of young people requiring temporary accommodation placements during the pandemic has increased significantly. The increase from April to September, last year, was 110% greater than for the same period in 2019.

The NIHE document noted that the overall “impact of the pandemic is likely to be substantial, long lasting and will result in a general increase in homeless demand and a changed profile of presenters and reasons for presentations, even once containment measures have been relaxed and a vaccine developed against the virus".

Housing Rights, a leading housing charity, said that the impact of the pandemic on many private renters has been a ‘perfect storm’ of losing income or jobs while having little security of tenure.

Sarah Creighton, a housing advisor at the charity, said a main concern is that “people are starting to find the private rented sector increasingly unaffordable".

While many of the issues affecting the private sector predate the pandemic, she warned that “Covid is going to have an even more negative impact on it going forward".

“The private rented sector needs to be reformed,” she said. “Tenants need better security of tenure and support to live in their homes.”

In 2018/19 the percentage of households in the private rented sector is 19%, a greater proportion than in recent years.

Research from the NIHE conducted before the pandemic found that tenants who receive housing support under Universal Credit were more than four times more likely to be in rent arrears compared to those who pay all their rent themselves.

The number of people claiming universal credit in Northern Ireland almost doubled at the start of the pandemic, and has remained high. Housing Rights says that the rate of new claims from private tenants was more than double that of social tenants.

The average housing support available through benefits is significantly below the average rent in the private rented sector. For those who were already on a low wage, a furlough payment of 80% of their contracted hours has also meant many tenants have difficulty affording rent. Research by Housing Rights found that the average arrears incurred by the end of June 2020 was already £974.

Many tenants experiencing affordability issues had asked their landlords or agents for a reduction in rent, but were refused.

The economic effect of the pandemic is also noticeable on social housing tenants. Figures released by the NIHE to The Detail showed that total rent arrears in NIHE tenancies increased £2.12 million since February 2020. This was four times the previous 2019/2020 increase of £0.5 million.

In response to a question from Gerry Carroll last October on writing off social housing rent arrears incurred during the pandemic, the Minister for Communities said such an option “is only permissible when they (arrears) are deemed to be irrecoverable”.

The same level of protections are not in place for private rental tenants, however, and even tenants still able to afford their rent have been affected by evictions.

“We have seen an increase in people contacting us about their landlord wanting to sell their properties, and have been issued with a notice to quit,” said Ms Creighton.

Housing Rights said they received as many calls about this issue in the first nine days of December than during the whole of March, April and May 2020.

While only 37% of landlords in 2019 relied on rental income to pay the mortgages, many Northern Ireland landlords have decided to sell their properties, with reasons ranging from economic uncertainty to a buoyant property market – with Northern Ireland house prices hitting a five year high.

In April the Department of Communities introduced a longer minimum notice period that landlords would have to give when seeking to evict tenants. This protection has been renewed until March, however the minister noted that “this is emergency legislation and will not be in place for any longer than is necessary”.

Emma* and her two young children were made homeless last October, when their landlord decided to sell the property they had called home for the past four years.

She has moved in with her mother in a two-bed flat.

Emma* said the extended notice period of 12 weeks proved helpful in terms of getting their belongings into storage, but that the whole experience has been very difficult. She had come out of work earlier in the year to care full time for one of her daughters, who has a health condition. With the onset of the pandemic, this required her daughter to often be indoors isolating.

“I think it was the stress that in the middle of the pandemic, in the middle of lockdown, everyone in the one house, there not being enough space. People's mental health took a bad dip. I think there was quite a lot of lows last year, there wasn't a lot of high points last year.”

She said she was "lucky" to be able to move in with family while she waited, many others experiencing homelessness don’t have that option.

They have now been offered a home and hope to move in soon. 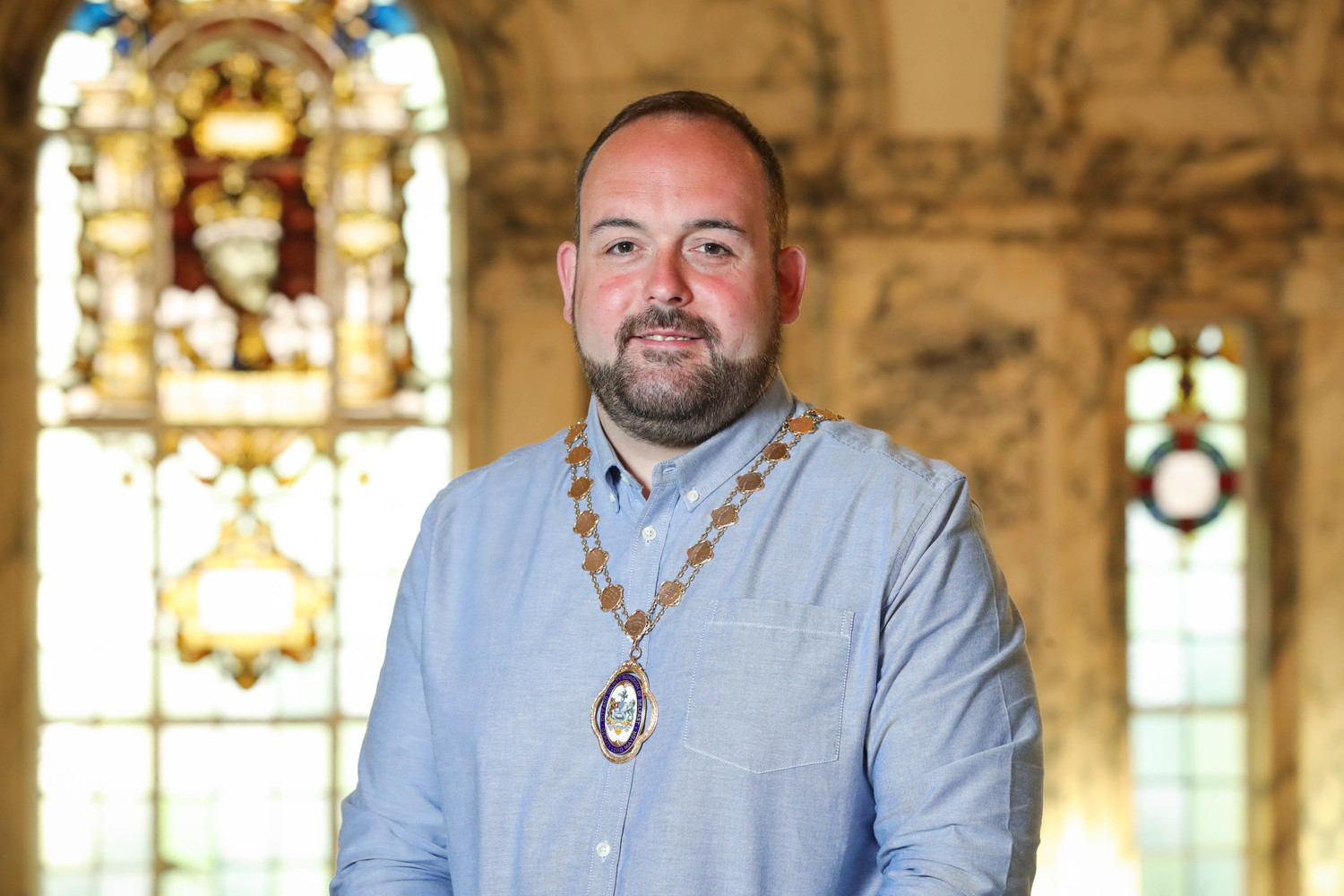 Paul McCusker is Belfast’s deputy Lord Mayor and has worked with the homeless for many years.

He said the waiting list figures “just highlight the sheer need around people who present homeless and require social housing".

“We know that there's been a housing crisis here for many years.”

He highlighted the wider impact of living in housing stress that has on people in terms of mental health, addiction, and poverty – “we’ve never actually seen it as bad as ever as this”.

“The Housing Executive, and the Department of Communities, have policies in place that quite often are quite responsive in terms of responding to people in crisis, but we're not doing enough to prevent people from ending up homeless.”

He called the recent proposals to allow the NIHE to build homes again, which it stopped doing in the early 2000s, a “good step”.

“What we need to do is look at other countries that have been able to reduce the amount of people on the waiting list, and sort of identify and respond to the actual issue or the core issue of why people do become homeless.”

In a statement to The Detail, the Minister for Communities reiterated policies previously outlined last November including; plans to allow the NIHE to build homes, a public consultation on ending the Right to Buy scheme being introduced and the prioritisation of areas where there is highest housing need such as north Belfast, west Belfast, and Derry City.

Minister Hargey said: “Housing stress is increasing here, despite investment and measures to improve supply and standards, our current system is broken.

“Transformative change is needed to address the huge challenges we face in tackling our growing housing waiting lists and the increasing number of people and families most in need of a home.”