Spend it like Stormont: an investigation into public spending in Northern Ireland

A MAJOR documentary project examining how public money is spent will be screened by BBC Northern Ireland tonight.

Spend it like Stormont – which was produced by our parent company Below the Radar in partnership with The Detail – scrutinises official statistics to find out exactly where the money goes in Northern Ireland.

Hospital waiting lists, school budgets, care for the elderly and the cost of running our prisons all come under the spotlight and we ask members of the public how they would spend the budget if they were the finance minister.

Advised by a team of local economists, The Detail carried out an in-depth analysis of the public expenditure statistics and then focused on the big spenders – health, education and justice.

Northern Ireland had the highest public expenditure per person across the UK in the last financial year at £14,195, according to the Office of National Statistics. In total more than £26.5bn was spent in Northern Ireland in 2017/18.

Figures published last week by the Department of Health show that as of March 31st this year 87,450 patients were waiting to be admitted to hospitals in Northern Ireland. This includes 22,350 people who had been waiting more than 52 weeks for either an inpatient or day case admission.

Meanwhile, schools across Northern Ireland have reported being in financial crisis. A Westminster inquiry recently finished hearing evidence to find out whether the funding allocated to education is sufficient to meet the challenges facing the sector and what the spending priorities should be.

Spend it Like Stormont presenters Tara Mills and William Crawley are joined in tonight’s programme by one of Northern Ireland’s top economists, Neil Gibson - chief economist at EY in Ireland - who helps explain some of the economic context behind government spending decisions.

William said: “I’ve been across Northern Ireland, in our hospitals and schools to hear about the impact that increasing demand is having on our public services. It’s clear we as a society have many decisions to make about the best way to spend our money but it’s far from straight forward – while we would all like more money to spend, there’s only a limited amount to go around.” 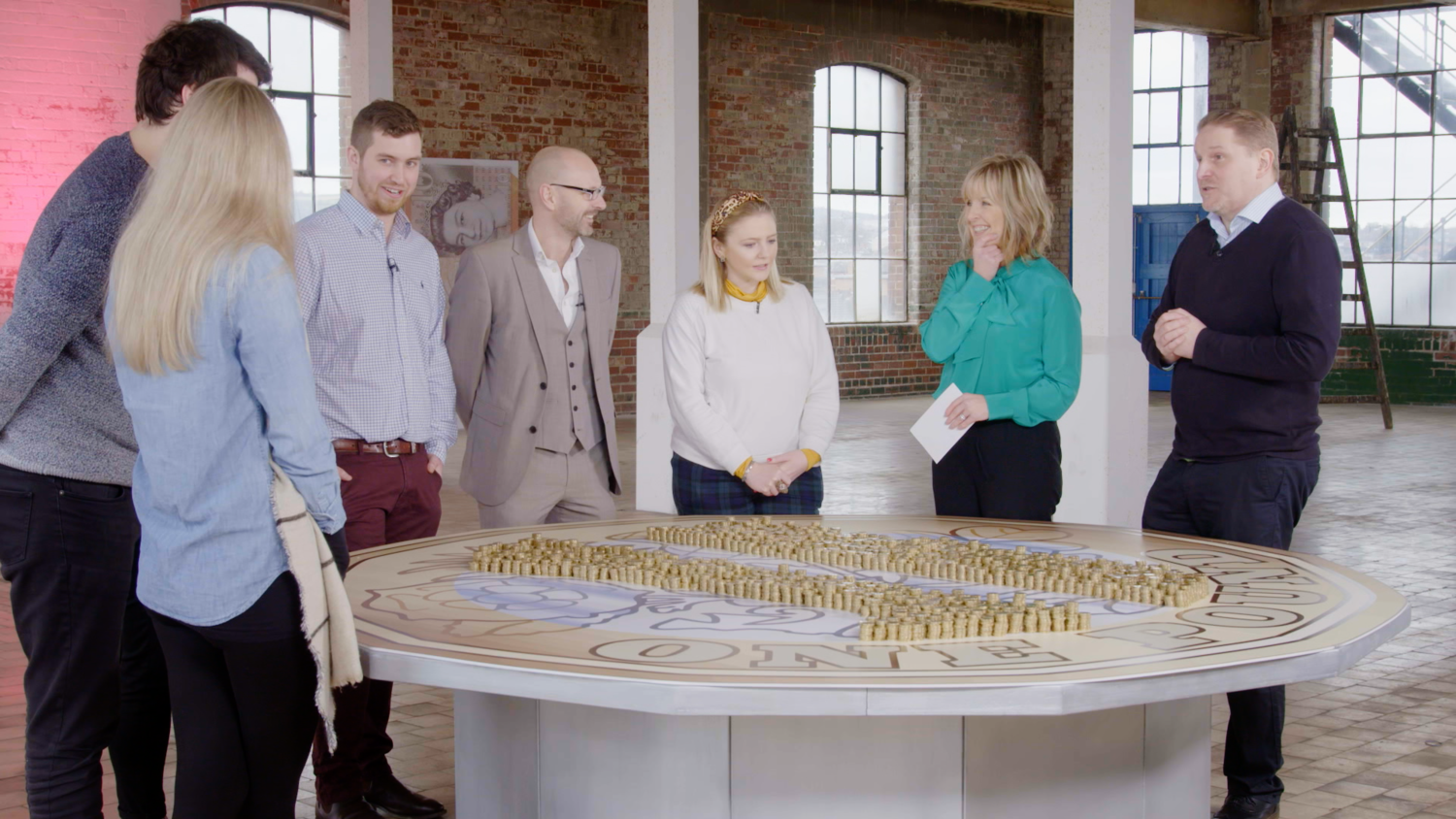 Tough choices: Tara and Neil chat to one of the focus groups

The production team also worked with Ulster University’s Economic Policy Centre, to devise a spending game for members of the public to play and ask them if they were in charge of the budget, how would they spend the money.

The one-hour programme features three separate groups of people aged 18-34, 35-64 and over 65s, and asks what decisions they would make. Would they scrap university tuition fees, give a pay rise to teachers or increase rates bills?

Richard Johnston, deputy director of UU’s Economic Policy Centre, was a consultant on Spend it like Stormont.

In an article written for The Detail today, he says: “We can expect that the amount of tax revenues required to fund public services will continue to increase, at least over the medium term. We can also expect the relationship between the state and citizens to evolve, as citizens are asked to take on more responsibility for themselves and their communities. How we engage people and help them understand the financial realities will be important and hopefully this programme will help.”

Tara Mills said: “We often hear debates about how much money we raise in Northern Ireland and how much we get from Westminster. This programme dispels those myths and clarifies once and for all the true figures.

“We bring together different groups of people to pretend to be finance minister for the day. It’s fascinating to see where they would like to see money spent – and who would lose out. And there’s even the chance to play the game yourself after the programme is aired.”

The Spend it like Stormont game is available to play online here.